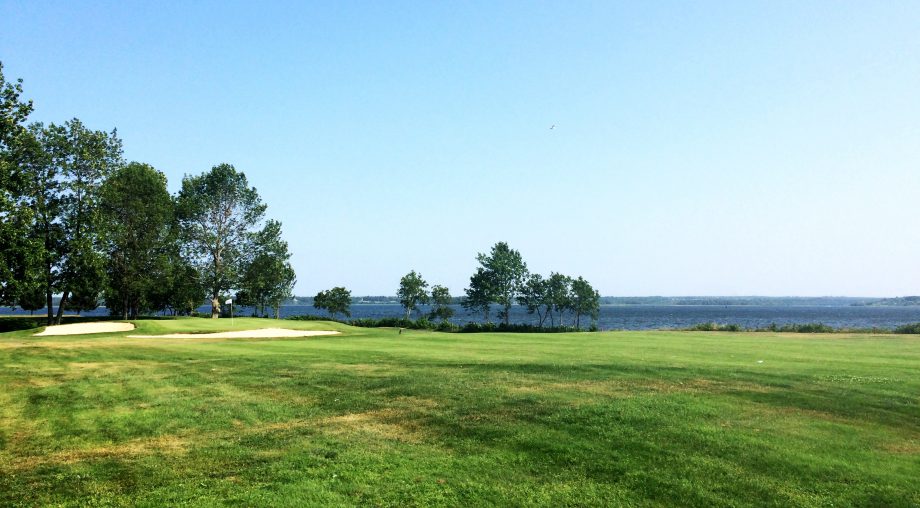 Allison Chandler and Calvin Ross – who held shares atop their respective leaderboards – climbed into solo leads following the second round of the 2015 CN Future Links Atlantic Championship. The juniors encountered wet conditions with periods of rain splitting the sunny skies over Gowan Brae Golf & Country Club in Bathurst, N.B.

Chandler began the day holding a share of the three-way tie atop the Junior Girls division. The Chester, N.S., native separated herself from her competitors with a 5-over-par 77 performance to take the solo lead at 152. Chandler recorded birdies on holes 2 and 7, then kept a steady pace through the back nine as the rain began.

Claire Konning moved into second place, posting a score of 6-over 78 to sit 3 strokes behind the lead. The Indian Mountain, N.B., product recently finished runner-up at the New Brunswick Junior Girls Championship. Sharing third place at 156 are the 2015 New Brunswick Junior Girls Champion Laura Jones from Moncton, N.B., and Felixe Jacques from St-Gabriel de Valcartier, Que. The two signed for scores of 81 after holding shares of the first-day lead.

In the Junior Boys division, Calvin Ross emerged from the second round with the lead at even par after beginning the day in four-way tie for first. The Fredericton, N.B., native notched three birdies on the day and matched his opening round of 72. The 16-year-old recently finished second in this year’s New Brunswick Junior Boys Championship – a competition he won in 2014.

Three strokes back of the lead at 147 – and in a tie for second place – is five-time Newfoundland and Labrador Junior Boys Champion Blair Bursey. The Gander, Nfld., product recorded a second round of 2-over 74. He is joined by opening-round co-leader Julien Roy of Rimouski, Que., who shot 75 on the day.

Holding fourth place at 149 are Quebec natives William Gagné of Québec City, who posted a round of 76, and Vincent Poirier from Candiac, who shot 1-over 73.

The 2015 Canadian Junior Boys Championship will be hosted at Summerlea Golf & Country Club in Vaudreuil-Dorion, Que., from August 2-6 while the 2015 Canadian Junior Girls Championship will be contested from August 3-7 at Deer Park Golf Course in Yorkton, Sask. In addition, the CN Future Links Junior Girls Atlantic champion will receive an exemption into a 2016 Canadian Women’s Tour event of her choosing.

The final round of the CN Future Links Atlantic Championship will begin tomorrow with the first group on the tee at 7 a.m. ADT.