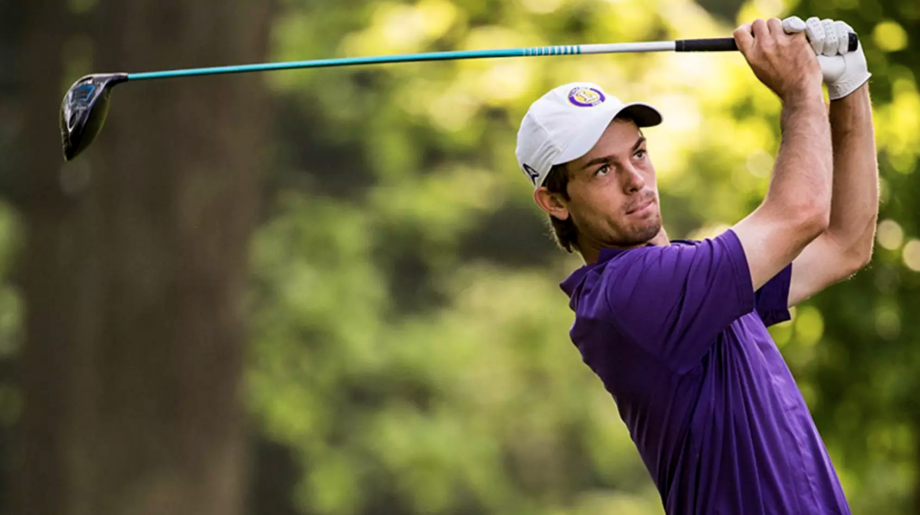 Dawson Armstrong entered the second Mackenzie Tour – PGA TOUR Canada Qualifying Tournament as an amateur. He still is. But as he said, after a final-round 66 that earned him medalist honors on a cool, drizzly day, “I won’t be one for much longer.” The Lipscomp University senior had a spotless scorecard Friday, with four birdies and an eagle to come from behind on the final day to win the event by a stroke over fellow Americans Justin Doeden and Christopher Hickman. Americans Ian Davis (fourth) and Dalton Ward (fifth) rounded out the top five. Armstrong will be fully exempt on the Tour for the entire 2018 season, while Doeden, Hickman, Davis and Ward earn exemptions into the first eight tournaments on the schedule.

Armstrong began the final round at TPC Sawgrass’ Dye’s Valley Course tied for fifth place, and he began his last 18 holes in style, making birdie at No. 1. He added birdies at No. 5 and No. 9 to move to 3-under for the day and 8-under overall. It was his birdie on the ninth that really gave him momentum. Facing a 40-foot putt for birdie, Armstrong canned it. He made a similar-length putt, on the 17th, when he just missed the green on his second-shot approach into the par-5. From four yards off the green and 35 feet overall, Armstrong elected to putt, making that, as well, which—although he didn’t know it—cemented the victory.

The third of five Qualifying Tournaments begins next week in Arizona, from April 3-6, at The Wigwam Golf Resort’s Gold Course in Phoenix.