Americans edge out Mexicans by one stroke to capture Spirit International 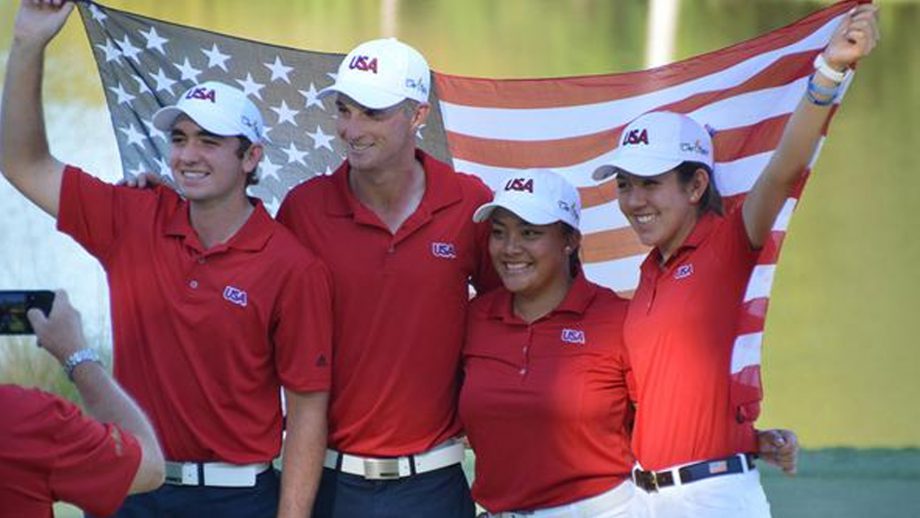 TRINITY, Tex. – The United States carded a final-round 131 on Wednesday to edge out Mexico by one stroke and win the Spirit International title at the Whispering Pines Golf Club.

On the men’s side, the Americans were led by Philip Barbaree of Shreveport, La., who tallied 18 birdies to enter a playoff and go on to win the gold medal and an exemption into the PGA TOUR’s Crowne Plaza Invitational. His teammate, Will Zalatoris of Plano, Tex., was no slouch either. The sophomore at Wake Forest posted nine birdies and two eagles to boost the Americans to a first place finish in the men’s division.

On the women’s side, the American duo of Mariel Galdiano and Hannah O’Sullivan combined to post a 202 though three rounds—good for a tie for seventh. The Mexicans took home the women’s division, shooting 21-under for a four-stroke victory. They were led by Maria Fassi, who posted 17 birdies and one eagle to earn the gold medal and an exemption into the LPGA Tour’s Volunteers of America North Texas Shootout.

The Canadian foursome of Hugo Bernard (Mont-St-Hilaire, Que.), Eric Banks (Truro, N.S.), Maddie Szeryk (dual-citizen) and Grace St-Germain (Ottawa) turned their fortunes around on Wednesday, carding a team-best 13-under to total 411 (-21) and climb the leaderboard to tie for thirteenth.