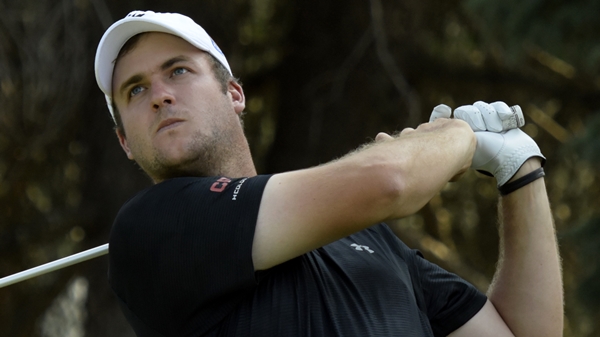 JOHNS CREEK, Ga. – Americans Taylor Moore and Lee McCoy were at 8-under 135 to lead stroke play Tuesday at the U.S. Amateur Championship.

Moore, a junior at the University of Arkansas, birdied four of his last five holes to shoot a 69 on the par-71 Highlands course. McCoy, a junior at Georgia, overcame a double-bogey with a stretch of five birdies in seven holes for a 68.

Cheng-Tsung Pan, Jimmy Beck, Sam Burns, Jonathan Garrick and Will Zalatoris were at 5-under 138.

The top 60 players have qualified for match play, which begins Wednesday leading up to the championship on Sunday.

Three Canadians have secured their spots in match play, including Taylor Pendrith of Richmond Hill, Ont., who was top Canadian after finishing tied for eighth at 4-under 139.

A playoff involving 17 players for the final four spots in the field took place Wednesday on the Riverside Course, with Garrett Rank of Elmira, Ont. securing one of those spots.