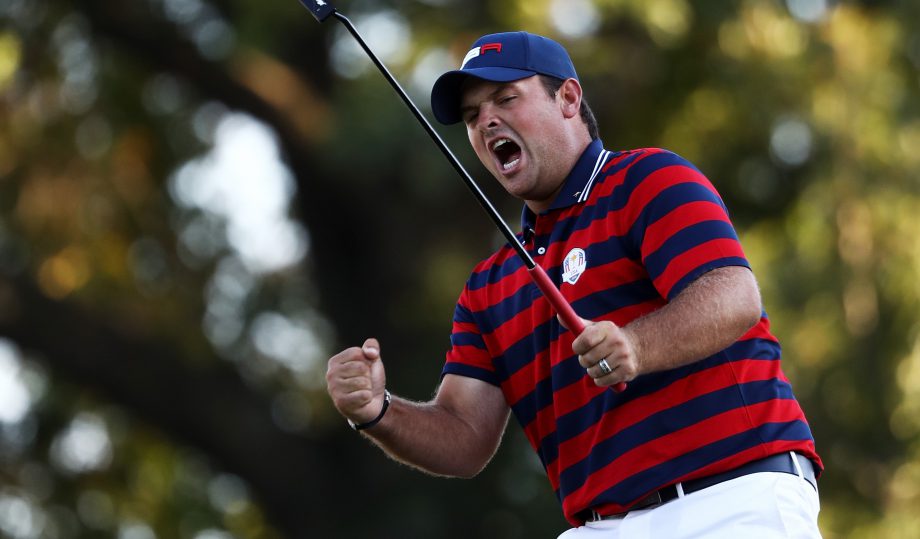 CHASKA, Minn. – Patrick Reed took over his match and the rest of the Americans followed suit. Now they need to win only five of 12 singles matches to win the Ryder Cup.

The Americans won three of the four afternoon matches for 9 1/2 to 6 1/2 lead Saturday.

Reed holed out a wedge from the fairway for eagle on the par-5 sixth hole to take a lead that he and Jordan Spieth never relinquished against Henrik Stenson and Justin Rose.

Phil Mickelson delivered the key putts for another point, and Lee Westwood gave the Americans help they didn’t need by missing a 2-foot putt on the final hole.

Not even the undefeated partnership of Rory McIlroy and Thomas Pieters could dig Europe out of a hole.

The next challenge for the Americans is history. They led 10-6 at Medinah four years ago only for Europe to rally for another victory.