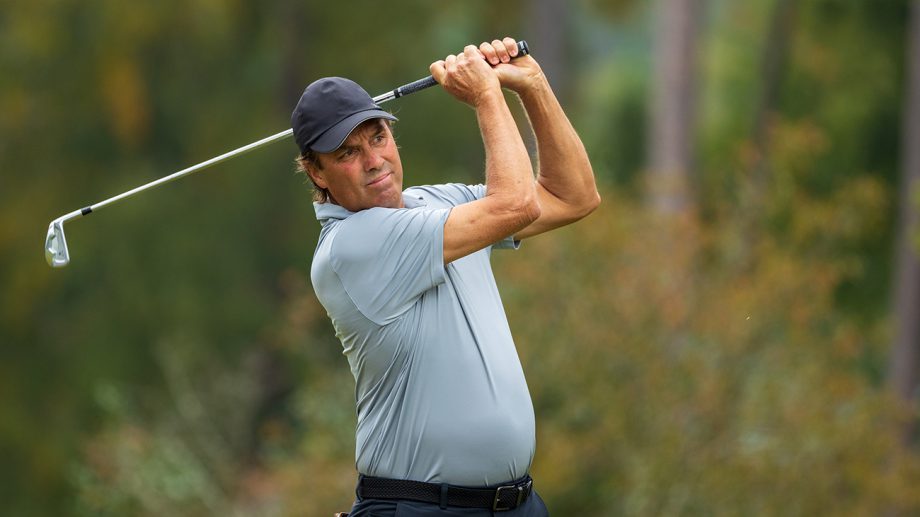 The tournament is the final official event of the year, but not the season as in the past. Because of the coronavirus pandemic and subsequent loss of tournaments, the 2020 and 2021 seasons have been combined with the Schwab Cup winner to be determined in a year.

The 56-year-old Goydos birdied the par-5 18th in a bogey-free round at Phoenix Country Club. He won the event in 2016 at Desert Mountain for one of his five senior titles.

“The greens are embarrassingly good,” Goydos said. “If you miss a putt, you either misread or mis-hit it, there’s no way it’s not going to roll on the line that you hit it on.

“It might be the best Bermuda greens I’ve ever seen in my life. Today there was an absolute absence of conditions, there was no wind, no sun. I can’t imagine you could have a better day for scoring than you had today.”

The 55-year-old Jobe also birdied the 18th in a bogey-free round on the tree-lined course near downtown. He has two victories on the 50-and-over tour.

“Started off a little shaky and I was kind of scrambling a little bit and then kind of about the middle I started hitting greens and having opportunities and started rolling a few putts in,” Jobe said. “Kind of got the green speed. Greens are perfect, course is in great shape, so it was just kind of getting everything in order to get going.”

The two Canadians on the course in Phoenix came in strong — Stephen Ames of Calgary, Alb., and Mike Weir of Brights Grove, Ont., played rounds of 67 and are among the group tied for seventh at 4-under.

K.J. Choi was a stroke back with Mark Brooks and Kevin Sutherland.

Fred Couples opened with a 67. He’s set to play in the Masters next week.