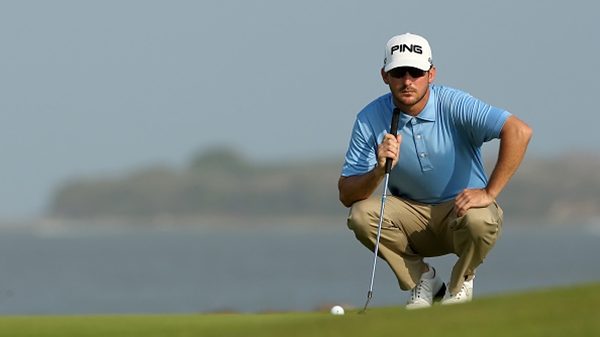 “It was an awesome day,” Landry said. “I don’t even know how to explain it. There’s no explanation. Putts went in. I hit the ball well. I stuck to my routine. I did everything great.”

He won in his sixth start on the tour.

“I knew a lot of pars would do it,” Landry said. “It was one of those days when you’re going to struggle, but you do what you can to get the ball in the hole and let everyone make the mistakes. … When you’re playing in wind like this, nobody is going to shoot lights out. It’s just not possible. It’s just too hard.”

Australia’s Steve Allan and Argentina’s Miguel Angel Carballo tied for second. Allan finished with rounds of 72 and 71, and Carballo shot 73-74.

Canada’s Brad Fritsch had a colourful round en route to a final-round 83, which left him tied for 42nd. He carded 8 bogeys, 2 bogeys and a birdie Sunday.

Well that was less than a stellar effort. Everything kinda just fell apart in round 4…lots of wind but no excuse. Off to Brazil.