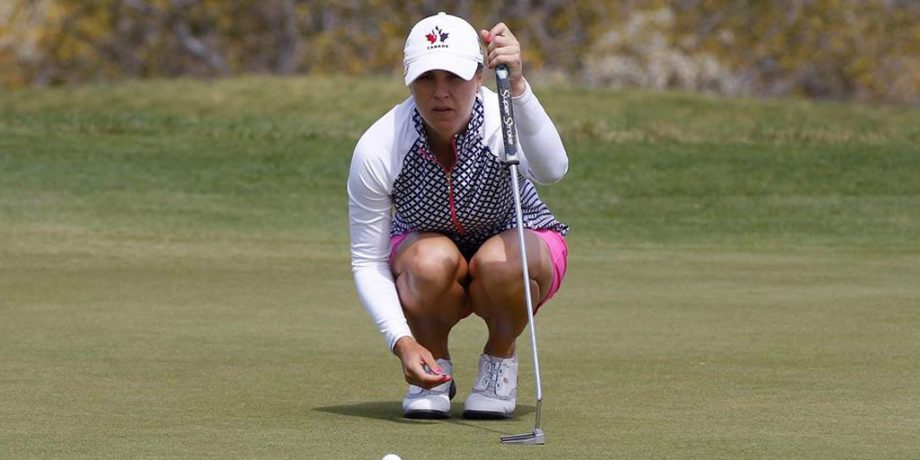 MESA, ARIZONA, April 1, 2017 – Liv Cheng (Auckland, New Zealand) made a par on the second playoff hole to win her first career Symetra Tour event on Saturday at the Gateway Classic at Longbow Golf Club. Cheng posted a 2-under, 70 to come from two shots back heading into the day to get into the playoff. Anne-Catherine Tanguay (Quebec, Canada) finished third at 6-under, 210 while Kyung Kim (Chandler, Arizona) finished fourth at 5-under, 211.

Cheng earns the first place check of $15,000 and moves to fourth on the Volvik Race for the Card money list after three events. She was 72nd entering the week.

“It feels amazing and I still can’t believe it,” said Cheng. “I’m over the moon excited.”

Cheng made a 17-foot par putt on the 17th hole and a par on 18 to get into the clubhouse with the lead at 7-under, just ahead of Tanguay, who closed at 6-under. With the finish, Tanguay posts her third consecutive top-10 Symetra Tour finish.

Mina Harigae (Monterey, California), who was the co-leader entering the day, made a 10-foot par putt on the 18th to force the playoff.

“I was out of position with my driver, but I stuck to it and scrambled,” explained Cheng, who hit some tricky shots on the final two holes and in the playoff. “I never gave up and trusted myself and the putts rolled in. I think I had 11 putts on the back nine and that really helped with scoring.”

After two pars on the first playoff hole, Harigae’s second shot went into the hazard on the second playoff hole and that opened the door for Cheng, who was able to drop an 8-footer for par to claim the victory.

“I feel like we kept going in the bunker together,” said Cheng about the bunker shots both had to pull off in the playoff. “I once again got out of position with my driver, but I scrambled to make the par which was great.”

Cheng had just one top 10 finish over her first two years on Tour. The win certainly puts her in a great spot early in the season.

“I feel really good about my game,” said Cheng. “This is my third year playing on the Symetra Tour and I feel like this year I have the tools in my game to play better and get myself on the LPGA Tour.”

“The win this week makes me really happy that the hard work is starting to pay off,” said Cheng. “I’m definitely starting to see results.”

Cheng was a four-time WCC First-Team performer while in college at Pepperdine.

“After college, I decided that I wanted to play professional golf and pursue a career,” said Cheng. “I’ve seen some of my friends do well on the LPGA and that is where I want to be.”

Cheng grew up playing junior golf with and against world No. 1 Lydia Ko.

Olivia Jordan-Higgins, who has WD’d from the last two events, remains in the top spot on the Volvik Race for the Card money list while Tanguay, who has finished inside the top 10 in all three events, moves from third to second.

The Tour heads to Northern California next week for the inaugural POC MED Golf Classic at Windsor Golf Club from April 7-9.