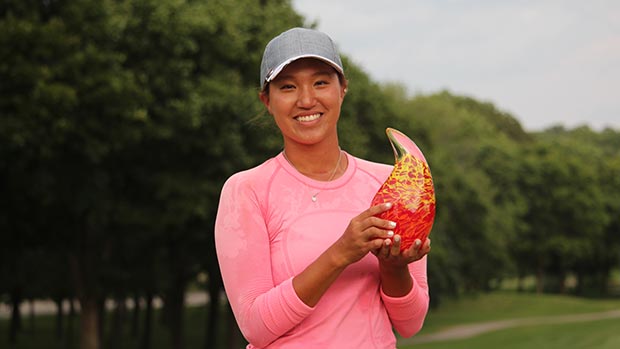 MILWAUKEE, Wiss. – Annie Park won the PHC Classic on Sunday for her second Symetra Tour victory in three weeks, beating Lee Lopez with a birdie on the first hole of a playoff.

Park closed with a 72, birdieing the final two holes in regulation to match Lopez at 5-under 211 at Brown Deer Park. Lopez had three back-nine bogeys in a 75.

Park, the 20-year-old former Southern California player from Levittown, New York, earned $15,000 to jump from 15th to seventh on the money list with $42,596 in six starts since turning pro. The final top 10 will earn 2016 LPGA Tour cards.

Lopez also lost in a playoff in the Volvik Championship in March and has runner-up finishes this season. The former UCLA player made $9,925 to go from sixth to second on the money list with $51,774.

Elizabeth Nagel and Thailand’s Nontaya Srisawang tied for third at 1 under. Nagel shot 76, and Srisawang 73.

In the top 25 were Jessica Wallace with a final round of 75 (T11), Augusta James and Maude-Aimee Leblanc tied for 22nd place.