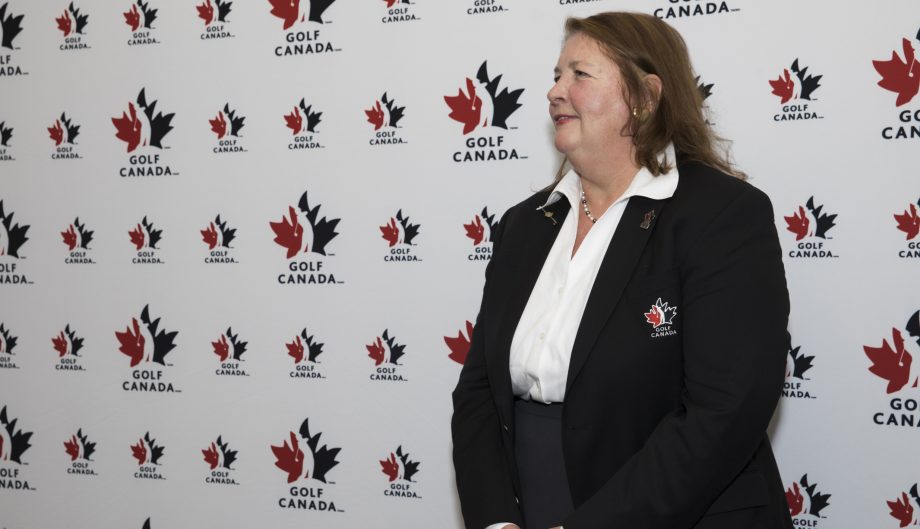 Tom Zariski Honoured with 2017 Volunteer of the Year Award;

“I am humbled and extremely proud to assume this post as the 114th president of Golf Canada,” said Dunning. “There is a great enthusiasm in the game right now and I believe we have a real opportunity to connect with more of Canada’s current golfers and make the game more welcoming and accessible for new potential enthusiasts. Together with the Board of Directors, I am looking forward to working closely with Laurence (Applebaum) and our committed staff, volunteers and partners for the betterment of golf in Canada.”

Dunning spent more than 36 years in a variety of senior leadership roles for the Canadian Red Cross including 13 years as Director General for Western Canada and most recently as Director General, Violence and Abuse Prevention for Canada prior to her retirement in 2014. She is past president (2007-08) of Alberta Golf and has volunteered with Golf Canada since 2008 across a variety of committees including the past nine years on the Board of Directors. A distinguished alumna of the University of Waterloo, she also earned an MBA from Queen’s University and is a Chartered Professional Accountant and Certified Management Accountant registered in Alberta. Dunning has served several local, provincial and national organizations in various governance roles and is a member of Earl Grey Golf Club in Calgary as well as Bigwin Island Golf Club in Muskoka.

Dunning, Beaulieu and Hoffman will lead Golf Canada’s 2018 Board of Directors which also includes Dale Jackson of Victoria, B.C., Rob MacDonald of Winnipeg, Man., Tom Sears of Port Hope, Ont. and David Atkinson of Vancouver, B.C. as well as new Directors Ben Cowan-Dewar of Toronto, Susan MacKinnon of Calgary and Adam Daifallah of Montreal. Also remaining on the Board is immediate past President Roland A. Deveau (2016-2017), only the fifth President to serve multiple or consecutive terms since the association’s formation in 1895. More information including bios for Golf Canada’s 2018 Board of Directors is available here.

Click here to read Golf Canada’s 2017 Annual Report, which includes a recap of the past season, as well as the association’s 2017 Financial Statements, which were both released during Golf Canada’s Annual Meeting.

Tom Zariski Honoured with Volunteer of the Year Award:

Tom Zariski of Drumheller, Alta. was recognized as Golf Canada’s 2017 recipients of the Volunteer of the Year Award. This marks the 12th year in which the association has honoured volunteers for their efforts and commitment to grow the game in their community.

Click here for more on Volunteer of the Year honourees Tom Zariski.

Created in 1993, Golf Canada’s Distinguished Service Award has been presented annually to recognize individuals for their outstanding contributions to the game of golf in Canada. This year’s recipients include long-time golf volunteers Florin Bergh and Fran Marsden of Edmonton along with golf historian Ron Lyons and acclaimed golf columnist Cam Cole.  Bergh, Marsden and Lyons were recognized during Golf Canada’s Annual Meeting dinner on Saturday, January 27 while Cole will be honoured as part of Golf Canada’s National Team media day on Monday, June 4th at Bear Mountain Resort in Victoria.

Click here for more information on the four honourees.

A snapshot of photos from Golf Canada’s 2018 Annual Meeting is available here.

In addition to appointing its new President and members to the Board of Directors, the association gathered with stakeholders from the provincial golf associations and volunteers as well as national and international association partners including the R&A, USGA, LPGA Tour and PGA TOUR.