Anthony Kim says golf only ‘a fond memory of mine’ 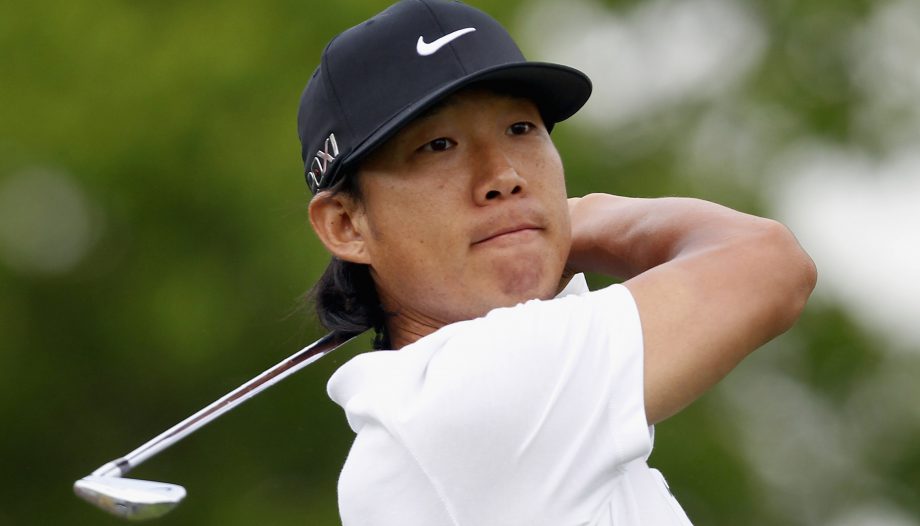 Anthony Kim was tired of whispers on the PGA Tour about what was wrong with him and his game, so he found a patch of grass behind a row of trees down from the practice range at Quail Hollow and hit balls for two hours.

This was where he won his first PGA Tour event in 2008, when he was fearless, brash and backed it all up with an exciting brand of golf. He ended that year by demolishing Sergio Garcia in the leadoff singles match at the Ryder Cup, the last time the Americans won.

Kim referred to Quail Hollow as the start of his career. “Hopefully, I can start a new one here,” he said. Two days later, he shot 74 and walked straight to his car, dumped his clubs in the trunk and drove away.

“Golf is a fond memory of mine,” Kim said Tuesday, his first interview in three years. “I’ve been watching more and more. I miss the competition a little bit. Watching these young guys like Jordan Spieth is bringing me back to watch.”

Is it enough to bring him back to play?

Not yet. Maybe not ever.

“Here’s what I’m telling you today,” he said. “I’m going to step away from the game for a little while and get my body pieced together. Instead of going from an Achilles injury to try to go 180 mph and not fixing the problem … I’ve got so much ground to make up from injuries – rotator cuff, labrum, spinal fusion, hand injury. I’ve had six or seven surgeries in the last three-and-a-half years.”

Asked if it was possible that he played his last round on the PGA Tour at age 26, Kim paused, chuckled and said, “Anything is possible. Isn’t that what the slogan says?”

Paul Azinger, the Ryder Cup captain at Valhalla where Kim emerged as a star, was among those who could not believe that someone with so much talent could be done at such a young age.

“His energy and enthusiasm, his killer instinct, it all converged into him becoming our team leader,” Azinger said.

Kim’s immediate future is a business venture with Dallas-based Quality Metrics Partners that was started with longtime friend and caddie Brodie Flanders and two others, including Mike Knall, a former punter for the Oklahoma Sooners. It provides ancillary service management in the health care industry. Kim said he made a substantial investment, which he made back within months.

His joy comes from a stronger relationship with his mother. Kim spent three weeks with her in South Korea, sees her at least once a month and was headed to his native Los Angeles to sign the papers on a house he just bought for her in Beverly Hills.

He said he has not played a full round of golf in nearly 18 months. Physical therapy occupies most of his time.

Kim didn’t entirely disappear, though sightings have been rare and have led to rumors, including one that he was sleeping on the streets of Las Vegas because he was out of money.

He earned just over $12 million in five full seasons on the PGA Tour and says he saved up more money than people realize. The stories and photos on social media over the years painted a wild side to Kim. He doesn’t deny he lived different than most golfers, nor will he apologize.

“If you don’t like the way I live, change the channel. You’re the one who tuned in here,” Kim said. “A lot of the golf public may not appreciate the way I live, which is by my own rules. But I give everyone respect. I’m not rude to anyone. And I treat everyone the same.”

He said he is getting monthly payments from an insurance policy he took out five years ago in case he was injured. But he denied speculation in a magazine story last fall that the policy was a factor that is keeping him from returning to the PGA Tour.

“I paid well into the mid-six figures for the policy,” he said. “They wouldn’t have paid me every month had I not been to the doctors, showing them all my X-rays, doing all the treatment, the acupuncture, twice a day for physical therapy.”

He also explained his departure from Quail Hollow that day. Kim said he ignored his summons for drug testing when he walked to the parking lot, though he eventually was tested.

“I was mad about how I played. I injured myself again. I ended up coming back and taking the test,” he said. “I’ve never tested positive for anything since I’ve been on the PGA Tour whenever the drug testing started. Never. And they tested me more than anyone.

“These rumors tainted my reputation,” he said, “and I didn’t have a great one to begin with.”

Kim had no idea he would be gone this long. He played golf with Phil Mickelson at the Madison Club in the California desert. He rented a house in San Diego to prepare for the 2013 season. He said he was up at 5 a.m. every day to train when his Achilles tendon popped. Once he recovered from the leg, he had a herniated disc. And the injuries piled up.

Golf moved on without him. He still has a major medical exemption he can use if he ever returns. Kim would have to earn $613,500 in 16 events to keep his card.

But even Kim can’t say that he will return.

He described his health as a “6” on a scale of 1 to 10 and said he was coping with thoracic outlet syndrome. He also said he was in the process of moving, hiring a trainer and getting back to full health with hopes of giving golf one last chance.

“What Spieth and (Jason) Day did this year was ridiculous,” he said. “I’m not going to compete with those boys unless I’m healthy. I’m not playing with 11 clubs. My goal right now for the next year is to get healthy. At this point, I’m happy where I’m at where I’m headed.”

Kim was given a chance to provide his own answer to a question that has been raised plenty over the last two years.

Whatever happened to Anthony Kim?