Are golf courses too short? 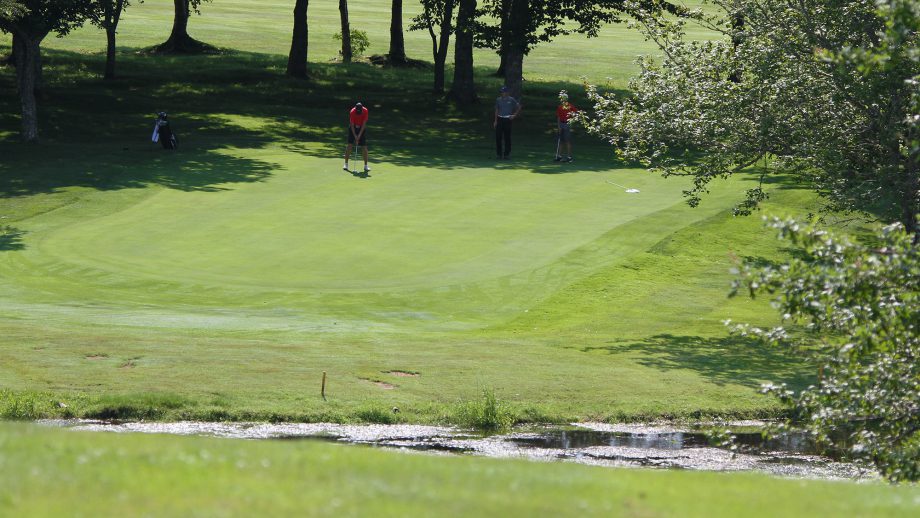 “Bifurcation” is a word we’re hearing more and more in the world of golf. It means to divide into two parts. But don’t let that simple definition fool you. It’s an increasingly controversial concept that strikes at the heart of the game as we know it.

The first area of the current bifurcation debate relates to the Rules of Golf. Should there be one set of guidelines for recreational golfers and another for elite amateurs and professionals?

The second bone of contention, which has set off near panic among many of my colleagues in the golf media and some golf administrators, is this: Are golf courses too short? Do we need to stretch them to 8,000 yards? Do we need to rein in the ever-advancing ball and club technology?

Wally Uihlein, the recently retired CEO of Acushnet Co., makers of Titleist clubs and balls, is the standard bearer for the unification movement.

Back in 2013, he addressed the idea of two sets of Rules in a blog wherein he refutes the three arguments most popular among bifurcation advocates:

Today’s professional game does not mirror today’s amateur game; Golf participation has matured and the adoption of different sets of rules will allow the game to renew its participation growth; Golfers just want to have fun—They do not play by the rules and the formalization of multiple sets of rules is just sanctioning what is already reality.

In summary, his response was that amateurs enjoy trying to emulate their professional heroes, no matter what the disparity in ability; participation fluctuations in the game is a demographic issue, not a rules issue and, “if golfers don’t play by the one set of rules that exist today, why are two sets of rules required?”

On the second prong of the bifurcation tempest—the impact of technology—Uihlein spoke out last November, this time in response to comments that technology is making the game more expensive for everyone by requiring courses to be longer and longer to withstand the onslaught on par. In a letter published in the Wall Street Journal , he asked, “Is there any evidence to support this canard … the trickle-down cost argument? Where is the evidence to support the argument that golf course operating costs nationwide are being escalated due to advances in equipment technology?”

While there is no denying that Tour pros are hitting it farther every year, albeit incrementally, this has not caused a crisis among recreational golfers. Who among us has ever complained, “Dammit! I’m hitting the ball too far these days!”

Having said that, that specious argument spiked when Dustin Johnson hit a 433-yard drive to within inches of the cup on a par-4 in Hawaii a couple of weeks back. (Even though Johnson averages 333 yards per measured drive, it should be noted that there was a 30-mile-an-hour tailwind on the downhill hole with a firm, fast fairway.)

But even the world’s No.1-ranked player downplayed this perceived crisis. “It’s not like we’re dominating golf courses,” he said. “I don’t really understand what all the debate is about because it doesn’t matter how far it goes, it’s about getting it into the hole.”

While technology is important, many other factors such as fitness and course conditions impact how far top players are hitting it. Despite that reality, some at golf’s highest levels think a standardized reduced-distance ball should be required for all PGA TOUR events, arguing that some classic courses have been made “obsolete” by today’s longer players. While this would indeed protect the artificial concept of “par,” it would diminish greatly the entertainment value of professional golf. Who didn’t get a thrill out of DJ’s 433-yard poke?

Adam Helmer is Golf Canada’s Director of Rules, Competitions and Amateur Status. His view is that bifurcation “is not the answer at this point in time; golf must continue to evaluate trends and to evolve with advances in our sport.” For example, he points out that as of Jan. 1, 2019, sweeping changes will be made to the Rules of Golf. As well, distance-measuring devices are legal for even the highest echelon of amateur golf and are not allowed on most of the professional tours. And tournament committees are allowed to set specific Conditions of Competition and make local rules to make the competition fair.

Fewer than 0.1 per cent of the estimated 61 million golfers around the world are professionals. That they are the catalyst for this bifurcation brouhaha is, in my opinion, a classic case of a very small tail wagging a very big dog.

Click here to learn more about the upcoming changes to the Rules of golf.