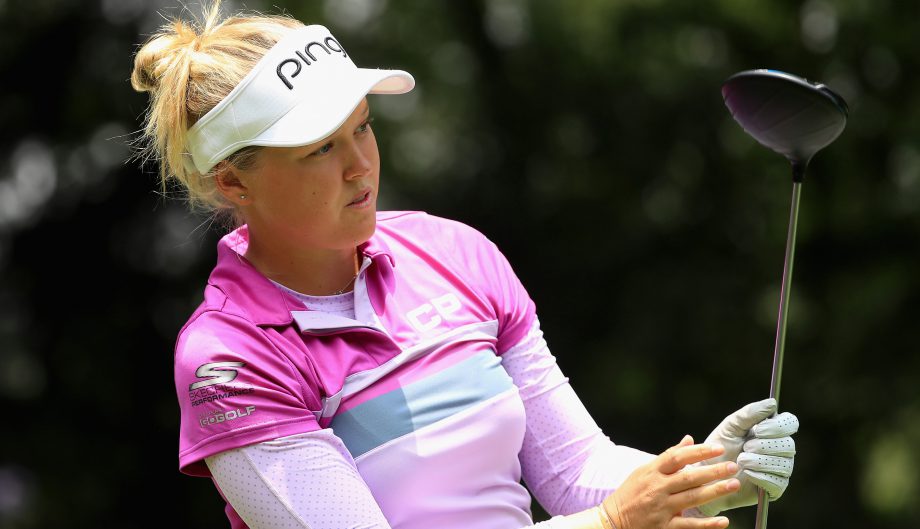 The third-ranked Jutanugarn edged older sister Moriya 2 up in the second round.

“Today we had fun because we are sisters – and we always have fun,” Ariya said. “She plays so good. I can’t believe I beat her today because she’s so good.”

Ariya will face Pernilla Lindberg in the round of 16 in the event that switched from stroke to match play and from November to April.

“We always say, ‘Just have a good day,”’ Moriya said. “We know that we both are going to try our best, play our games. We don’t try to be easy on each other. Hopefully, next time we are not on the same pool and don’t have to see each other so early in the week.”

Ko beat Jennifer Song 1 up to guarantee staying No. 1 in the world.

Wie eagled the par-5 second hole for the second straight day. She made a 20-foot birdie putt on No. 11 to take a 3-up lead.

“I’m happy with how I played,” Wie said. “It was a fun but tough match. I am happy the way I’m playing, and just happy to survive.”

Kerr won three weeks ago in Hawaii and lost to Haru Nomura on Sunday on the sixth hole of a playoff in Texas.

Wie set up a match against friend Marina Alex.

“We are already texting each other. We do dinner every night,” Wie said. “It’s going to be fun, it’s going to be a lot of gifs sent tonight or over in the course of the day.”

Charley Hull beat Pornanong Phatlum 2 and 1, a day after a fainting spell midway through the back nine in her first-round victory over Nelly Korda.

“It was probably a bug in the morning and it got worse and worse in the afternoon, probably from dehydration,” the 21-year-old Englishwoman said.

Hull will play Sei Young Kim, a 3-and-2 winner over Danielle Kang.

Shanshan Feng outlasted Sarah Jane Smith in 22 holes. She will play Brooke Henderson, a 2-and-1 winner over Ryann O’Toole. Henderson was 2 down after 11.

“I knew I had some work to do,” Henderson said. “I was able to do make four birdies in a row that helped my momentum. I played great today … and she played great too. It was just an awesome match.”

“We both played really well — It was an awesome match” Brooke Henderson after she defeated Ryann O’Toole 2&1 @LOYMEXICO pic.twitter.com/Uch1I7mnV0

Carlota Ciganda, the November winner in stroke play at Club de Golf Mexico in the then-Lorena Ochoa Invitational, dropped out with a 21-hole loss to Karine Icher. Stanford will play Icher.

The event is the LPGA Tour’s first match-play tournament since 2012.

Below are the match-ups for tomorrow’s round of 16. Click here for full leaderboard.