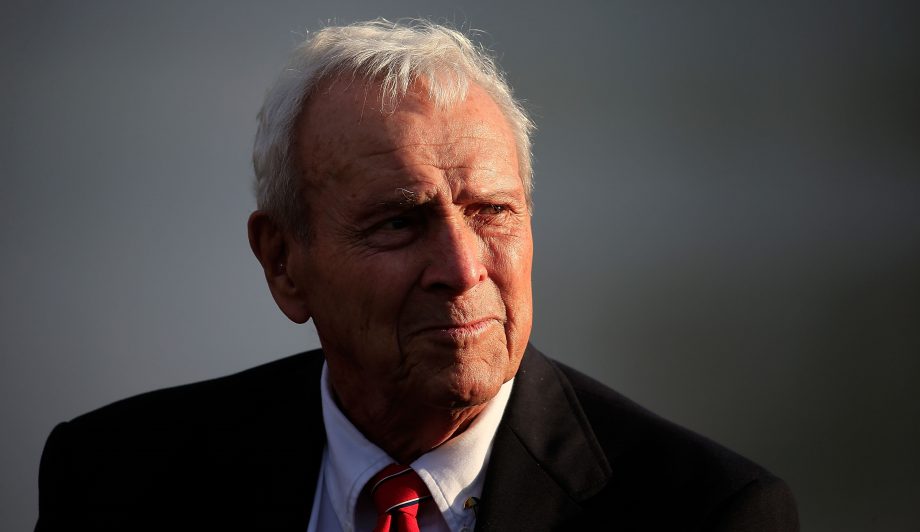 LATROBE, Pa. – Arnold Palmer didn’t make a live television appearance at Bay Hill. For the first time, he didn’t hit the ceremonial first tee shot at the Masters. He struggles with mobility, which kept him from attending the U.S. Open.

Just don’t get the idea Palmer is slowing down entirely.

The day after the U.S. Open, he drove his golf cart up to the back entrance of his office across from Latrobe Country Club. The 86-year-old Palmer had just returned from hitting balls. And he was as frustrated as ever.

Palmer, who lost in a playoff at Oakmont in 1962 and played in his final U.S. Open there in 1994, watched the final round and like everyone else, questioned the USGA’s handling of a penalty stroke on Dustin Johnson for his ball moving on the fifth green.

Palmer could relate. The conversation shifted to the 1958 Masters, as Palmer recalled a dispute with rules official Arthur Lacey over whether he was entitled to relief from an embedded ball on the fringe behind the 12th green. Told that he wasn’t, Palmer declared he was playing two balls until he could reach the rules chairman. He made double bogey with the embedded ball, par with the second ball that he dropped. On the 15th hole, he was told he was right and would have a par on the 12th.

“I played two holes” without knowing what he would he make on the hole, he said.

He was sharp. He was funny. And he is busy.

One of his projects is book being published by St. Martin’s Press called, “A Life Well Played: My Stories.” The book allows him to share new stories and provide more insight into old stories. In a release announcing the book, Palmer writes, “Though I have written a number of books in the past, this one was particularly important to me because I delved into the process, I realized just how much I still wanted to say to my friends in golf and to fans of the game in general.”

The book is to be published at the end of October.

More evidence of how Palmer occupies his time was behind his desk. On a table was a stack of items nearly a foot high – photos, pin flags, books – from people around the world wanting to get them signed. His press secretary, Doc Giffin, said Palmer takes time every day to sign them. How long does he spend? Thirty minutes? An hour?

“Oh no,” Giffin said. “Sometimes, depending on how he’s feeling, he’ll do it for two or three hours.”

The British Open returns next month to Royal Troon, where Palmer won his second claret jug with a six-shot victory in 1962. When told he would be thought of during that week, Palmer came to life.

“I might be there,” he said. “I’m thinking about playing.”

“Or maybe I’m just being ornery,” he said.