Around the greens with Titleist 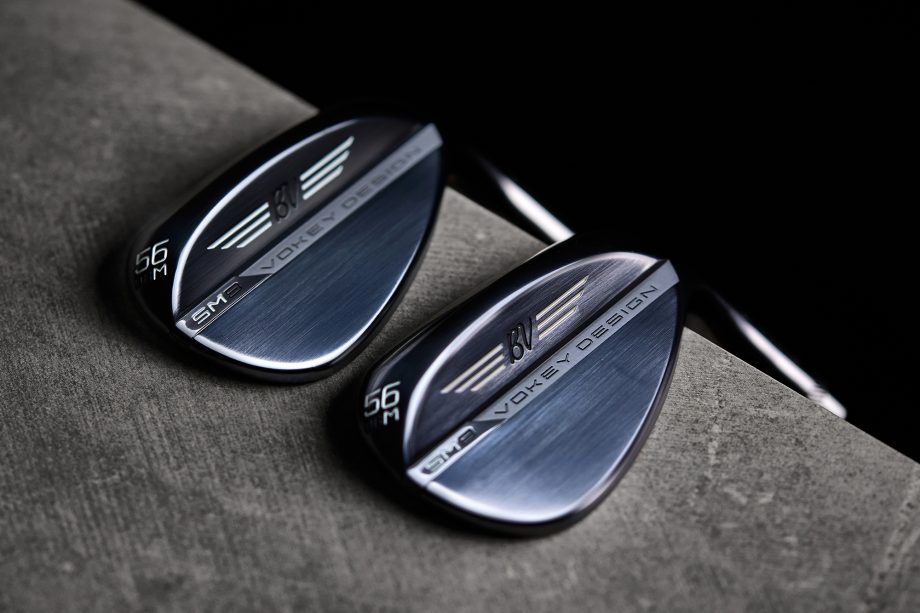 They are two of the biggest names in golf equipment helping golfers save strokes around the greens for decades – and they both happen to work for Titleist.

Scotty Cameron and Canadian Golf Hall of Famer Bob Vokey have once again reimagined what it means to design and produce scoring clubs that are chalk full of modern technology and look darn good, too.

As Canadian golf season continues in the western part of the country and inches ever-closer in parts of the east, it’s worth a reminder that nearly 65 percent of all golf shots are struck from 100 yards and in.

The question remains, then – when was the last time you got fit for a putter? Or wedges? Or contacted your PGA of Canada pro to have a lesson that was just focused on your short game?

These are just some questions that both Vokey and Cameron can help answer with their new line of gear for 2021.

Whether you’re looking for a putter that is Tour-proven and trusted by the best players in the world or a set of wedges that are both aesthetically pleasing and built to help you get the ball closer to the hole, Titleist is there to help you around the greens.

Here’s everything you need to know about Scotty Cameron and Vokey Wedges for 2021.

Building on the momentum from the Scotty Cameron Phantom X line in 2020 comes four new models of Phantom X putters for 2021. The four Phantom X putters for this year are all mallet-style and boast a precision-milled 303 stainless steel face and a body that is fused with aircraft grade aluminum. That helps with the perimeter weighting – which helps give golfers more forgiveness and stability (and hopefully help make more putts).

“Scotty, to a lot of people, is known for these beautiful blade putters that he’s refined and dialed-in – in a classic Newport 2 shape – to perfection. That’s what a lot of people think of Scotty Cameron putters, but the ‘X’ stands for ‘experimental,’ says Mike Bradley, the director of marketing for Scotty Cameron Putters.

The four putters in the Phantom X line for 2021 include the 5, the 5.5, the 11, and the 11.5. Based on the feedback from some of the best players in the world, the models have light grey and muted black alignment aids and have three options for shafts – either low-bend, mid-bend, or small-slant necks. The Phantom X mallets in 2021 give golfers a choice: either a blade-like feel or face-balanced (straight back, straight through) performance.

Across the Scotty Cameron line any putter that has a ‘.5’ at the end of the number sequence means Cameron has introduced something in the shaft to encourage toe flip.

“If players want a blade-like feel, an arching kind of feel then the lower bends/neck are the way to go for. What’s made them popular is PGA Tour guys coming in in recent years saying, ‘hey I like the benefits of a mallet’ but they maybe want to maintain a blade feel,” says Bradley. “So it’s really the best of both worlds.”

By now you are likely aware of Scotty Cameron putters (seeing as a certain 15-time major champion has trusted Scotty Cameron and his magical craftmanship for nearly his entire game-changing career) but what is it that really makes them so good?

According to Bradley, it’s the details that Cameron himself has such a keen eye for.

“All these little refinements that add up to performance and just the craftsmanship. He’s taken decades working with the best players in the world and not cutting any corners on the manufacturing of the products,” says Bradley.

“Putters are extremely personal, and I think there’s a reason why Scotty’s putters stay in people’s bags for as long as they do. It’s not only the craftsmanship but also the attention he puts into those minute details.”

There’s a reason why Bob Vokey is one of the most well-respected club builders in the game – and a member of the Canadian Golf Hall of Fame.

“We have an awesome team,” says Vokey Wedges Marketing Director Corey Gerrard, “but it starts with Bob.”

Indeed, for golfers looking to knock it closer and improve their touch around the greens, Vokey has become a synonymous name with green-side success.

New for 2020 and expanded for 2021 is the Vokey SM8. It’s been Tour-tested and trusted and is now available in another finish in 2021, Slate Blue (good for a player who is looking for something a little darker, finish-wise, but find the Jet Black finish too dark).

There are six grinds in the SM8 line-up with grooves that are more durable and maximized for spin and shot control and a centre of gravity that has produced an improved club feel.

“As you get closer to the green we have more options than ever,” says Gerrard. “(The team) is listening to what Tour players need – not just what they want, but what they need.

With the increased variety in wedge offerings from Vokey, Gerrard says there is no substitute in getting absolutely dialed, just like you would with any other clubs in your set.

Gerrard calls getting fit for wedges “a no-brainer” and not only that, he says, but you’ll have fun doing it.

There’s just nothing that feels like a Vokey wedge around the green, and when you get a club that looks and feels great, it inspires confidence on those tricky scoring shots. “They perform. They perform for everyone,” says Gerrard about the main reason why golfers are trusting Vokey wedges. “There is trust around the brand, but when the product performs… that’s the main reason why players keep playing these wedges.”