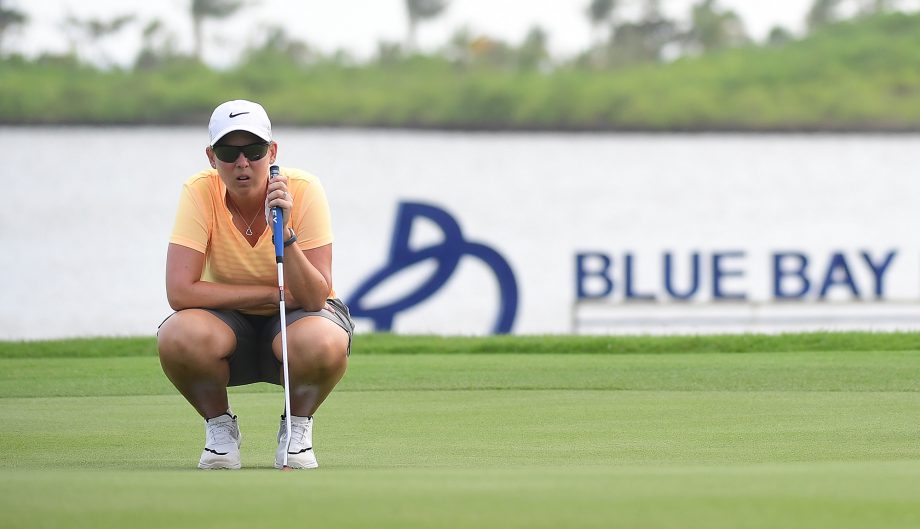 HAINAN, China – Ashleigh Buhai shot a 4-under 68 Thursday to take a one-stroke lead after the second round of the Blue Bay LPGA tournament.

The South African birdied four of the last seven holes, including a difficult chip-in on the par-4 12th, to finish at 9-under 135 overall, one shot ahead of Shanshan Feng (67).

“It played a lot tougher than the last few days,” Buhai said. “The wind was more or less the same direction, just a bit stronger, so I think it helps being the same direction as you have an idea what to do. It was just a case of taking more club and just trying to play it with the wind.”

Feng shot the best round of the day with her 67, a score that moved her up 13 places and into second.

“I knew that after the first round, I would be warmed up a little more,” Feng said. “I would say my ball-striking today was better, so I was giving myself birdie chances.”