Augusta James among 12 Canadians set to kick off Symetra Tour 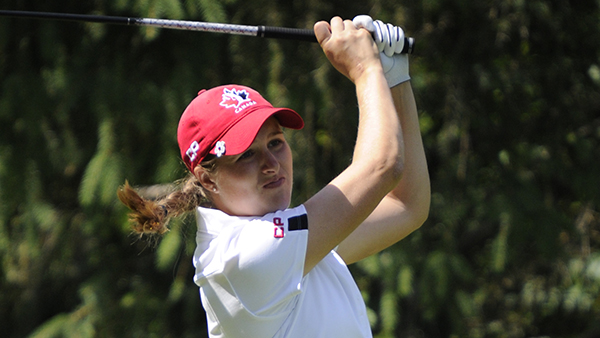 Augusta James begins her pro career today as the Gateway Classic at the Longbow Golf Club in Mesa, Ariz. gets started to kick off the 2015 Symetra Tour.

The Gateway Classic will feature 120 of the top up-and-coming female golfers looking to make their mark on the sport. At stake for the winner is $15,000 and an early lead atop the Volvik Race for the Card money list. At year’s end, the top 10 earners will receive full LPGA Tour cards for the 2016 season.

Almost one-tenth of the field will be made up of Canadians. Twelve Players from across the country will try to claim the top prize and make it consecutive Gateway Classic wins by Canadians after Alena Sharp shot a 12-under 204 to emerge victorious in 2014.

When asked earlier this month about the prospect of playing on tour with her fellow Canadians, Bath, Ont.’s James responded, “The really nice thing about the fact that we’re all Canadian is a lot of us have grown up playing golf together through the junior and amateur ranks. And now, they have been more than helpful with giving me information and with any questions that I have.”

The 11 Canadians playing in the Gateway Classic this weekend are:

The 2015 Gateway Classic will conclude on Sunday. For additional information and results, visit the tournament’s website here.