Augusta James one stroke behind lead heading into the weekend 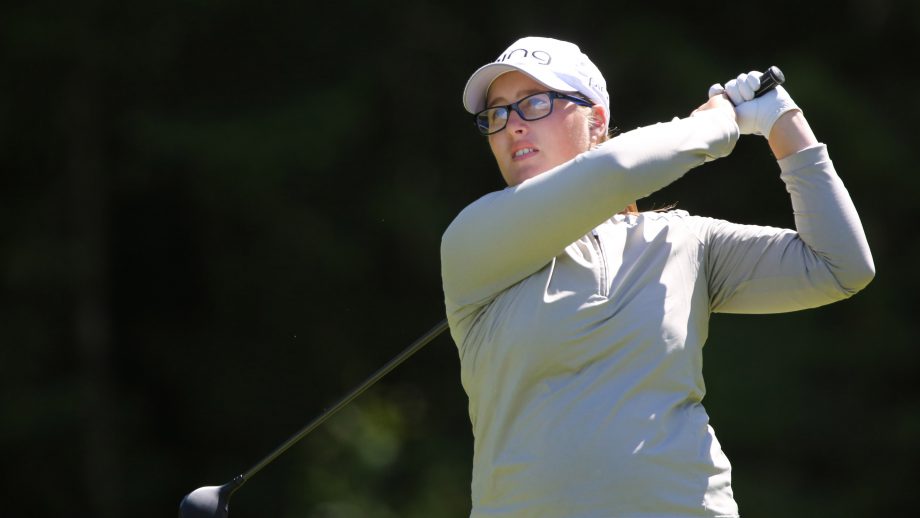 Four players head into the weekend tied for the lead at 7-under par overall.

“Yesterday I was making a lot of putts and today I was making a lot of good rolls, but they were not falling as much,” said Rozsa, who went even par today with three birdies and three bogeys. “To be honest, my hands were shaking a little bit this morning when I went out. It was my first time on top of the leaderboard, but I think I handled it pretty well.”

Meanwhile, Meadow entered the day only one shot off the lead. She made that up with a 1-under par second round. Every time the former four-time First Team All-American seemed to get in trouble, she immediately bounced back.

Already a winner on the Symetra Tour this season at the IOA Championship presented by Morongo Casino Resort & Spa, Meadow finished the day with three birdies, four bogeys and an eagle.

“It was a little more windy and honestly, my ball striking just wasn’t quite as good,” Meadow said. “I missed some fairways and hitting it out of the rough, combined with the wind, is a little tricky. I had similar rounds like this recently and then ended up two- or three-over. To keep it under par today was great and hopefully I can have another round like I did yesterday at some point during the weekend.”

Furthermore, it is only the seventh career Symetra Tour start for Seong. She has made the cut in all but one event, with a season-best tied for second finish coming in June at the Four Winds Invitational.

Today, Seong found her way to five birdies, surrendering only one bogey to turn in a 4-under par 68. She entered round two tied for eighth.

“This is a good chance for me, but we still have two more days,” said Seong. “I don’t think about being the leader, just focus on my game. If I think about the scores, that puts a lot of pressure on me.”

Rounding out the foursome the field will be chasing is Sheary. The Wake Forest University alumna fired a 3-under par this afternoon to join the mix at 7-under overall.

Playing in the first group off No. 10 tee today, Sheary signed a scorecard that featured six birdies and three bogeys. It is the third time this season that she has put together back-to-back rounds under par.

“You have to start off relatively strong and I think I have done a pretty good with that this week,” Sheary said. “I have missed a few fairways, but given myself the chance to get up and down. I’ve done the best I could and moved onto the next, which I think has really helped.”

A total of 70 players made the cut of 1-over par and third round action is set to start at 7:30 a.m. ET tomorrow. All pairings will begin on No. 1 tee.