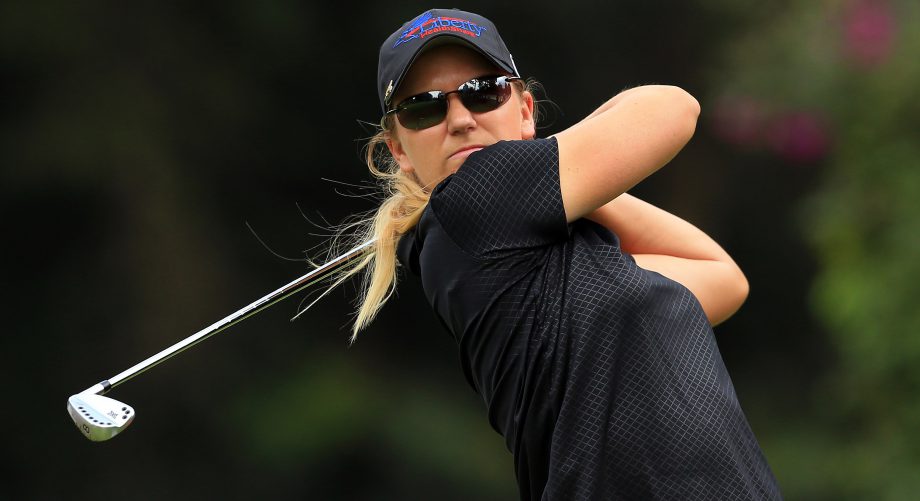 MEXICO CITY – Austin Ernst shot her second straight 5-under 67 on Saturday to take the third-round lead in the Citibanamex Lorena Ochoa Invitational.

Ernst had her second straight bogey-free round at Club de Golf Mexico after opening with a 72.

“I have been hitting my driver pretty well, which I get a lot of looks at birdie,” Ernst said. “I have had a lot of good looks this week so even when I am not making everything, like today, I still made five birdies. So, I have just made it very easy when I haven’t been sure about myself, missing greens and I haven’t had many hard putts for par.”

The 24-year-old American won the 2014 Portland Classic for her lone LPGA Tour title.

She’s coming off a two-week break.

“Everything I’ve been working in the last two weeks is definitely turning out how I wanted, so it is nice to see it,” Ernst said.

At 10-under 206, she had a one-stroke lead. Second-round leader Sarah Jane Smith of Australia had a 72 to drop into a tie for second with Spain’s Carola Ciganda (68).

“I was pretty nervous most of the day,” Smith said. “It was a position I’ve never been in before. I wouldn’t say I handle it well, but I scrambled well, so that should give me some confidence for tomorrow.”

“It’s tough if you come from Asia, but I was in Spain for a week just resting,” Ciganda said. “There is a little bit of jet lag, but I think it is better to come from Spain rather than from Asia, which is like 12 or 13 hours. I feel good, I’m looking forward to tomorrow.”

Mexican amateur Maria Fassi had a 65 to get to 6 under. She’s a freshman at the University of Arkansas. Gaby Lopez also was 6 under after a 73 on her home course.

Canada’s Brooke Henderson, the highest-ranked player in the field at No. 7, was 4 under after a 68.

Michelle Wie was tied for 20th at 1 under after a 74. The 2009 winner in Guadalajara, she’s playing on a sponsor invite after failing to qualify for the 30-player event.

Tournament host Ochoa won 27 LPGA Tour titles. The Mexican star retired in 2010. She will be inducted into the World Golf Hall of Fame next year.