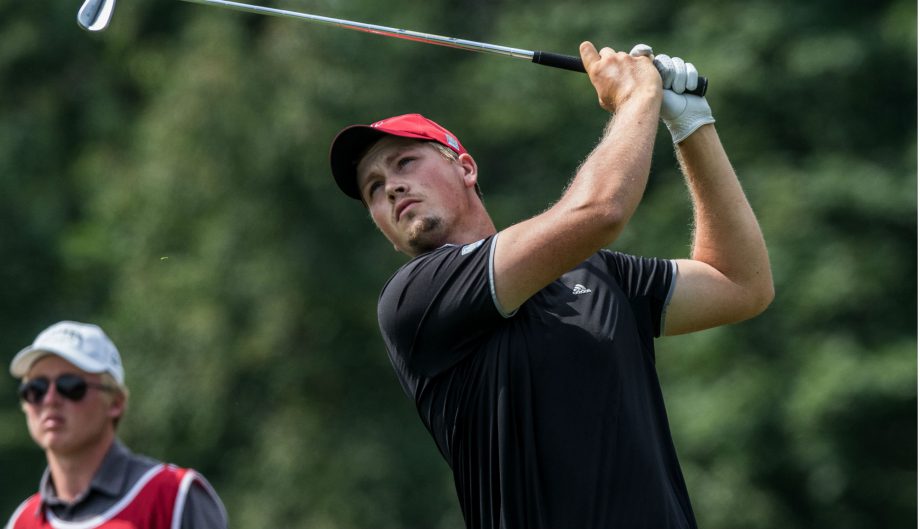 The 21-year-old Team Canada Amateur Squad member earned a sponsor exemption into the National Capital Open to Support Our Troops taking place on Aug. 14-20 at Hylands Golf Club in Ottawa, Ont., and will officially turn pro on Thursday.

“I think everyone when they’re playing junior golf as a kid and playing amateur golf, you think in the back of your head it would be really cool to be a professional golfer, but it didn’t come to the forefront of my head until my last year of junior golf,” said James in an interview with Mackenzie Tour – PGA TOUR Canada. “I had a good season that year and played well at the Canadian Junior Championship and won that, and that made me realize I can make a go at this if I really want to and if I start working hard.”

James played college golf at Charleston Southern University during which he earned Big South Player of the year honours in his junior year after he was crowned champion of the Big South Conference Championship in 2016. During his impressive 2016 collegiate run, he totaled 11 under par at Big South Championships, which was one stroke shy of world No. 1 Dustin Johnson’s conference record.

“James is ready to take the next step,” said Derek Ingram, head coach of Team Canada’s National Amateur Squad. “He’s got all the right stuff to have a successful career and now he just has to go out there and perform. Once he starts getting some professional events under his belt he’s going to start turning some heads with the way he can play.”

His playing resume also includes a win at the 2014 Canadian Junior Boys Championship, runner-up at both the 2017 Charleston Southern Challenge (NCAA) and 2015 Coca-Cola Wofford Invitational and a solo-third finish at the 2016 General Hackler Championship.

The Bath, Ont., native will be the second James to turn pro in the last few years. His sister, Augusta, made her pro debut in 2014 and currently has conditional LPGA Tour status and is also a member of Team Canada’s Young Pro Squad.

James will join fellow National Amateur Squad graduates Jared du Toit and Stuart Macdonald who also turned pro earlier this year and will be competing in the event.