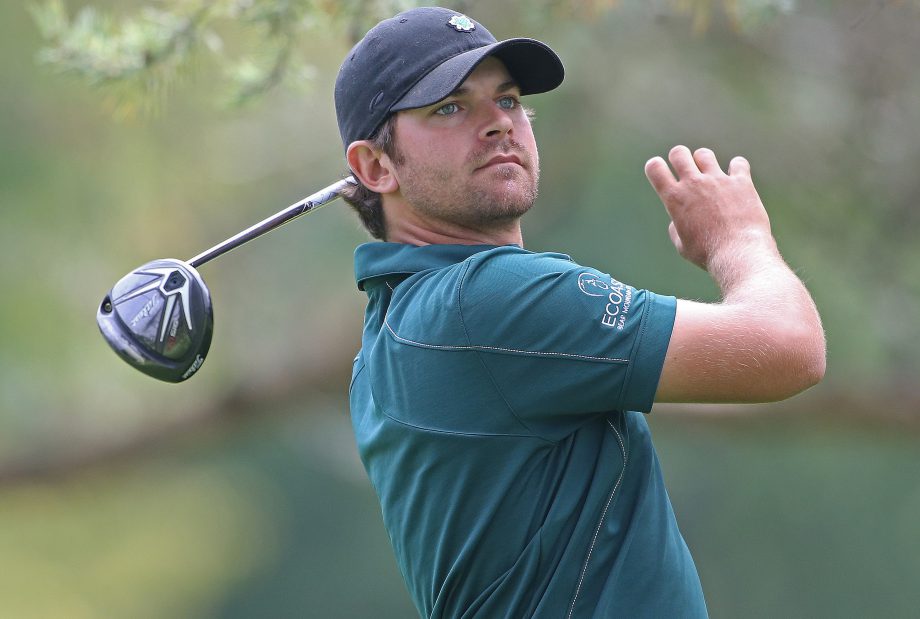 San Diego, California’s James Erkenbeck shot a 7-under 65 on Thursday at Whitewater Golf Club to take the first round lead at the Staal Foundation Open presented by Tbaytel, the sixth event of the 2016 Mackenzie Tour – PGA TOUR Canada season.

The 26-year old carded one of just two bogey-free rounds on the day and birdied four of his final eight holes to lead by two over Comox, B.C.’s Riley Wheeldon after 18 holes of play.

“I just tried to stay patient and hit a lot of good golf shots, and I happened to hit some close and knock in a few putts,” said Erkenbeck of his round, which came on a day where gusting winds made scoring a challenge. “It was windy all day. I was just trying to make pars, but there are some birdie holes out here and I tried to take advantage, but I was just trying to hang in there.”

The second year Mackenzie Tour player has had an up-and-down campaign in 2016, with a T8 finish at the GolfBC Championship to go with four missed cuts. The University of New Mexico grad said he feels as though he’s played better than the results have shown so far this year.

Wheeldon, who started the season with four missed cuts of his own before rebounding with a T4 finish at the Players Cup last week, credited a more patient approach than the start of the year for his upward trending game.

“I was struggling at the start of the year, kind of searching. I found a few things last week and regained a little bit of confidence and hopefully I’ll carry it over this week,” said Wheeldon. “I three-putted from a spot on number one that, I think, in weeks past would have made me pretty upset, but I’ve been working on taking it a little bit easier and being more patient with myself out there and not getting so down on my putter. Luckily, the putter turned around quickly.”

Current National Team member Blair Hamilton of Burlington, Ont., is T13 at 2-under.