Back and better than ever: Recapping Golf Canada’s 2022 Amateur Championship season 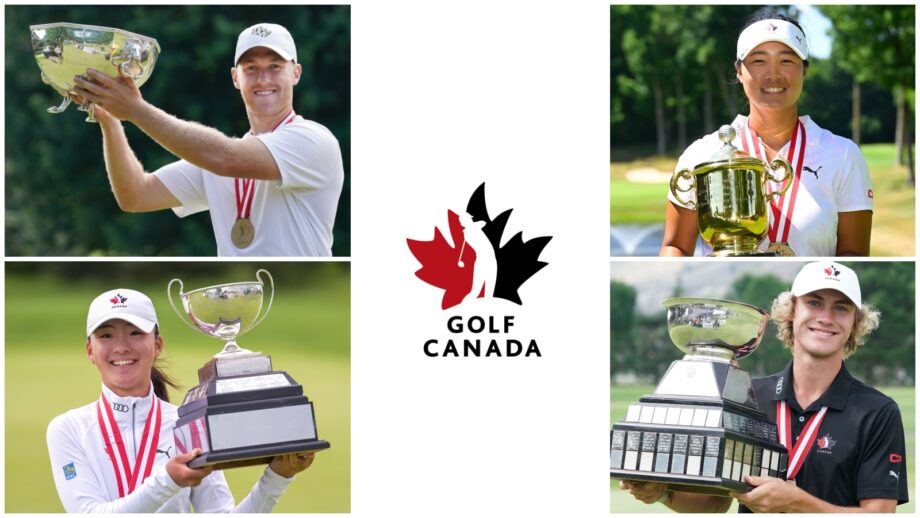 For the first time since prior to the COVID-19 pandemic, Golf Canada had a full slate of amateur championships – from coast-to-coast – contested in 2022. The venues were spectacular, the competition was impressive, and the momentum heading into next season is at an all-time high.

“It’s great to be out at all of our courses, engaging with our member clubs, all the volunteers, and working with our officials and providing playing opportunities to our competitive players,” said McKenna. “It was just a really great year, all-in-all.”

There was, of course, so much momentum behind the game of golf in general in Canada through the COVID-19 pandemic, with the number of recorded rounds by Golf Canada reaching never-before-seen levels. That buzz, McKenna said, was definitely felt through the full summer schedule of Golf Canada championships.

There was success at every level, she continued.

“There were just so many great champions along the way,” said McKenna, pointing as well to the spectacular play of 12-year-old Lucy Lin. “Just to see the progression of some of these players through the calendar year… was just incredible. It was just great to be back at our host clubs seeing the dramatics of amateur golf and seeing their success throughout the summer.”

“It’s certainly important to support our amateur championships. It just elevates our championships into premiere events. We were so fortunate this year having a number of new partners,” said McKenna. “In concert with our national partners with Titleist, Canadian Pacific, and Levelwear, just the continued support makes our events better and better for our players.”

While the partners play an important role in continuing to elevate the championships, the golf courses where they take place are also important. They could not be played without venues, of course.

While not all the golf courses are confirmed for 2023 yet, McKenna said her team is particularly thrilled to bring the Men’s Amateur to The Pulpit Club’s two courses, plus Ashburn Golf Club in Halifax for the Women’s Amateur.

“Across the board,” said McKenna, “we’re going coast to coast at really some incredibly facilities.”

With lots of excitement from a fabulous 2022, great players, and amazing courses ready to host, 2023 is set to be another fantastic year of Golf Canada championships.