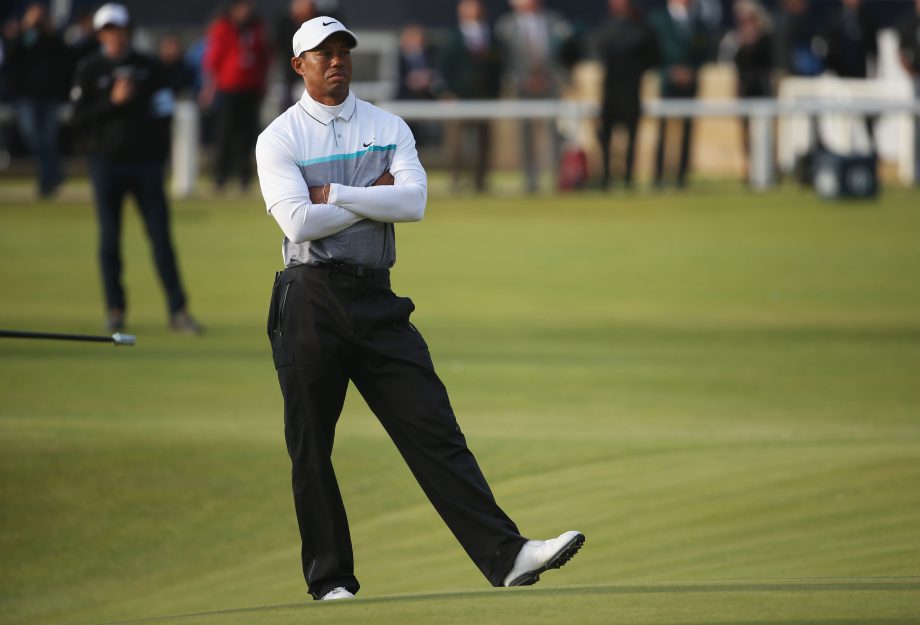 ST. ANDREWS, Scotland – Tiger Woods at least enjoyed that familiar walk over the Swilcan Bridge and up the 18th fairway Saturday at St. Andrews, the gray old town in the background and a crowd six deep lining the road and watching from windows.

Not so familiar was his score.

He hasn’t had 7-over par next to his name at St. Andrews since he was a 19-year-old amateur, and that was the final round. This was only the second round, and he was headed home early for the third time in the last four majors.

“It’s one of the things I was talking about with Jason (Day). We were coming up 18, I said, `It’s the greatest walk in golf,'” Woods said after a 75 to finish two miserable days at 151, his worst 36-hole score in the British Open.

“He said, `Yeah, it’s nice when you have an eight-shot lead, too,” Woods added with a smile.

Woods won by eight shots in 2000 to complete the career Grand Slam. He won by five shots in 2005 to establish anew his dominance in the game.

Those days seem so long ago.

The former No. 1 player in the world and 14-time major champion looked tired, beaten and stressed as he made his way around one of his favorite courses. He had only three birdies over 36 holes and said he has no idea why his shots didn’t penetrate in the wind and why he couldn’t get it close enough to the hole.

“The golf course wasn’t playing that hard,” Woods said. “I just didn’t get much out of any of the two rounds.”

That’s been the story all year. For the first time, he missed the cut in the U.S. Open and the British Open in the same season, and neither was close. In those two championships he has won a combined six times, Woods beat only four players at Chambers Bay and seven players at St. Andrews.

And so the mystery continues.

Woods will fall out of the top 250 when the next world ranking is published after starting the year at No. 32. He already has had three rounds in the 80s this year after having just one for his entire career. He had hope coming off The Greenbrier, where he tied for 32nd and was six shots behind.

He looked lost on the Old Course.

“I felt like I was playing well enough to win this event,” Woods said.

He arrived on Saturday to do a junior clinic for Nike – Woods typically is all about preparations at the majors – and then after practice rounds on Sunday and Monday, he didn’t play another practice round on the Old Course until the championship started. Woods said he knew the course, practiced in both wind directions and wanted to conserve energy for what usually is a long week.

Except for the weather – rain on Friday, wind on Saturday – that made the second round take 24 hours to complete, this was a short week.

Woods plays in two weeks at his Quicken Loans National, and then he most likely closes his 2014-15 season at the PGA Championship. He said he still had designs on winning his tournament to become eligible for the Bridgestone Invitational.

He won’t see St. Andrews again until the British Open returns, likely in 2021.