Bae gets another crack at Riviera 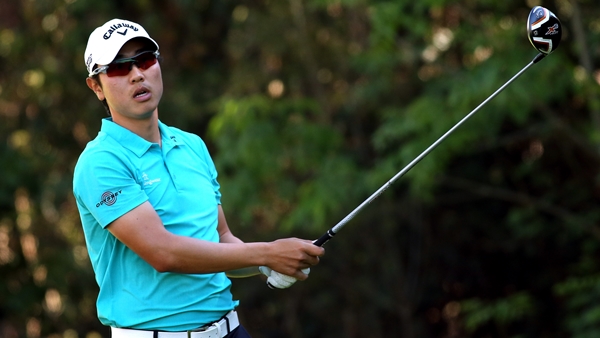 LOS ANGELES – Sang-Moon Bae is off to another great start at the Northern Trust Open. The next step is a better finish.

Bae played bogey-free on another gorgeous day at Riviera for a 5-under 66, giving him a one-shot lead over Aaron Baddeley and Robert Garrigus when the second round was suspended by darkness.

Baddeley, who won at Riviera three years ago, birdied his last four holes for a 65. Garrigus had a 67.

Dustin Johnson, who led after the opening round at 5-under 66, opened with two birdies but never got any closer. He had a 70 and joined Jim Furyk (68) among those three shots behind.

Bae was at 9-under 133. He was tied for the lead last year going into the weekend at Riviera but fell from contention.

The three Canadians in the field all managed to finish their rounds become the horns were blown.

Graham DeLaet was 2-over for the day and is sitting on the cut line tied for 69th. The Weyburn, Sask. native has not missed a cut since October of last year at the Shriners Hospitals for Children Open. Since his last missed cut, DeLaet has cracked the top-10 in every PGA Tour event he’s entered.

Brantford, Ont.’s David Hearn is 3-over par and Mike Weir of Bright’s Grove, Ont. is 6-over. Both will not see weekend action in California.