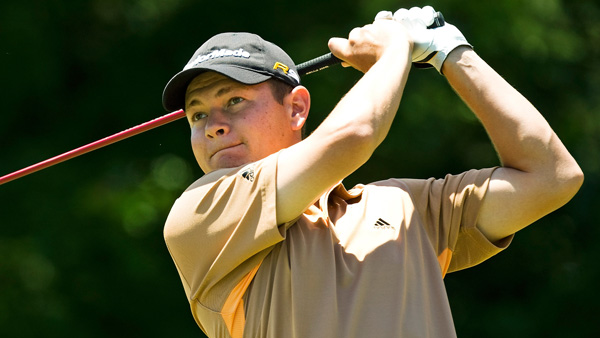 Buenos Aires, Argentina — Chris Baryla couldn’t regain the momentum he had in Rd. 1 at the Personal Classic, carding a 1-over 73 on Friday and falling eighteen spots into a tie for 18th.

Baryla front-nine score of 39, which was due largely to triple bogey on 4, was seven shots more than his 32 on Thursday.  However, the Calgary native settled down and shot a 2-under 34 coming in, including an eagle on 10, to get back into contention.

Oshawa’s Derek Gillespie, who began the day in a tie for 90th, redeemed his opening round by making seven birdies on Friday. He finished the round with a 5-under 67 and heads into Moving Day in a four-way tie for 28th.

Robbie Greenwell of Georgetown, Ont. shot an even par 72 and currently sits tied for 48th.