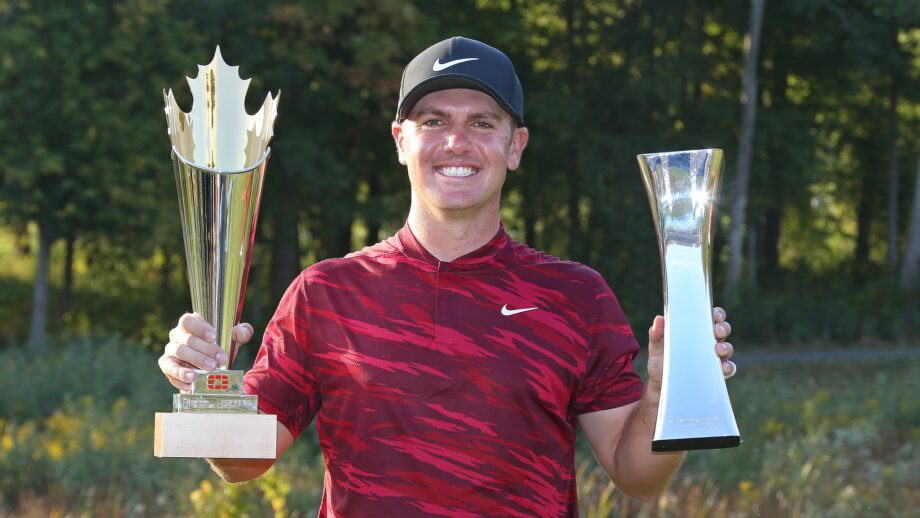 KITCHENER, Ont.—Wil Bateman didn’t necessarily need to win the season-ending Fortinet Cup Championship in order to secure the Fortinet Cup title and Player of the Year honors. That’s exactly what he did, though, shooting a final-round 1-under 69 Sunday at Deer Ridge Golf Club to defeat Jeffrey Kang by two strokes. In the process, Bateman won the Fortinet Cup, finishing with 1,654 points and vaulting past Jake Knapp, who entered the week with the standings lead. It was quite the double dip.

With the victory, Bateman locked up his 2023 Korn Ferry Tour playing privileges, making him eligible to play in every open tournament on that Tour’s schedule. He is also the second Canadian—along with Mackenzie Hughes in 2013—to win PGA TOUR Canada Player of the Year honors. He pocketed a $25,000 bonus from Fortinet for winning the inaugural Fortinet Cup, and next summer Bateman is invited to play in the PGA TOUR’s RBC Canadian Open. By finishing second, Knapp will be conditionally exempt on next season’s Korn Ferry Tour. He tied for 34th at the closing tournament of the year.

After Bateman and Knapp, the third-, fourth- and fifth-place Fortinet Cup finishers were Americans Noah Goodwin, Scott Stevens and Ryan Gerard, respectively. The players received their membership cards during a ceremony following the end of play Sunday at Deer Ridge Golf Club.

Bateman, a native of Edmonton, played in his 59th career PGA TOUR Canada event with this appearance—this season easily his best. Before this year, Bateman had never recorded a top-three finish and only had one career top-10.

Exempt when the season began by virtue of his 21st-place finish on the 2021 Forme Tour Points List, Bateman was three strokes off the lead through 54 holes in the season-opening Royal Beach Victoria Open presented by Times Colonist. A final-round, 3-over 73 derailed his chances, but he put everybody on notice two weeks later when he chipped in to end the playoff and record an extremely popular win at his hometown ATB Classic presented by Volvo Edmonton. He put an exclamation mark on his season with his resounding victory Sunday, allowing him to join Noah Goodwin as the only two-time champions this season.

“I think setting some solid goals for myself and knowing that I can attain them was big. Coming into this week, I think I put more pressure on myself, more than the pressure I felt when I was out [on the course] just because I wanted to achieve some of my goals,” Bateman said. “I knocked off a few of those goals, so it was a lot of fun.

“I still have bigger goals and dreams that I want to accomplish,” Bateman continued, “but this is a really good start. Just knowing where I was four to five years ago, if someone would have told me that I would be here I would say they were insane.”

“What a fun season it was, and to come down to the Fortinet Cup Championship, our final event of the year, with so many players with still so much to play for has been incredible to watch,” said PGA TOUR Canada Executive Director Scott Pritchard. “Wil proved from start to finish that he was our best player against formidable competition, and his performance under pressure this week to win the tournament and the Fortinet Cup was impressive. He will always have the Fortinet Cup on his mantel to remind him of what a special season 2022 was. Congratulations to Wil on what is an outstanding accomplishment. I can’t wait to see what he can do next season the Korn Ferry Tour.”

The players who finished in the sixth-through-10th positions on the Fortinet Cup standings are exempt into the finals of the Korn Ferry Tour Qualifying Tournament in Savannah, Georgia. That 72-hole tournament is November 4-7. The five PGA TOUR Canada players exempt into the Qualifying Tournament, hoping to secure Korn Ferry Tour status via that route, are Thomas Walsh (No. 6), Jeffrey Kang (No. 7), Danny Walker (No. 8), Joe Highsmith (No. 9) and Ian Holt (No. 10).

The 2023 Korn Ferry Tour season, the 34th in its history, starts in mid-January, the full schedule still to be announced.