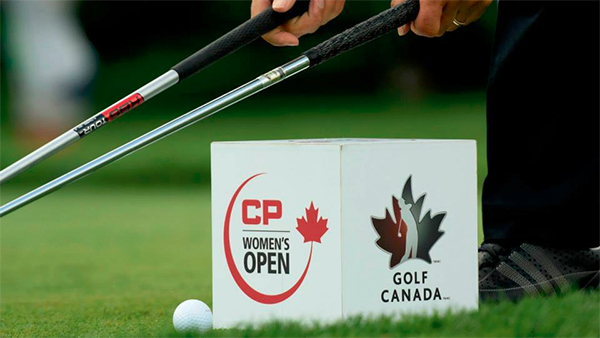 COQUITLAM, BC – Canadian Pacific (CP) and Golf Canada have announced that BC Children’s Hospital has been chosen as the charity partner for the 2015 Canadian Pacific Women’s Open (CPWO). The CPWO will see the top LPGA Tour players in the world compete for the national title at The Vancouver Golf Club in Coquitlam from August 20-23, 2015.

“We are seeing incredible work being done in the area of pediatric cardiac care and research at BC Children’s Heart Centre,” said Canadian Pacific CEO E. Hunter Harrison. “By leveraging our CP Has Heart community program and the generosity of our employees, golf fans and supporters of the hospital, we have set a $1,000,000 fundraising target that I know we’ll achieve – but let’s work together to exceed it.”

“We are delighted to be the official tournament charity for the Canadian Pacific Women’s Open,” said Teri Nicholas, president and CEO of BC Children’s Hospital Foundation. “CP’s support for our pediatric cardiology treatment and research programs will ensure that children with heart disease, whether they are from BC, the Yukon or elsewhere in Western Canada, will always receive outstanding care and benefit from the latest research when they turn to BC Children’s Hospital for help.”

CP announced that, beginning today, it will match all online donations made to BCCH until the end of the CPWO tournament. Other fundraising initiatives will involve LPGA Tour players, club members and fans through CP’s Birdies for Heart challenge, something LPGA athletes, including CP ambassador Lorie Kane, embraced at the 2014 CPWO.

“CP does a tremendous job of creating an exciting atmosphere over the week and certainly a huge draw for players and spectators alike is the Birdies for Heart Challenge on the 17th hole,” said LPGA Tour player Lorie Kane. “Feeling the energy from the CP Fan Zone when you’re standing on the tee gives you even more incentive to play the hole well and get a birdie, especially knowing you are directly contributing to the funds available for helping sick children.”

Golf fans attending the Canadian Pacific Women’s Open can upgrade their general admission tickets for the CP Fan Zone, which includes premium seating, healthy treats, player meet and greets and giveaways. Proceeds from CP Fan Zone tickets will go directly to BCCH and CP has also pledged to match funds from all Fan Zone ticket sales as part of its commitment.

CP is also extending its fundraising efforts off the course and into the community to promote the importance of keeping fit. The railroad will also match all donations made to Grouse Mountain’s annual fundraiser Grind for Kids which already benefits BC Children’s Heart Centre.

“Canada’s National Women’s Open Golf Championship is about making this great sport, and the professionals who play it, accessible to the host communities and leaving a legacy,” says Scott Simmons, CEO of Golf Canada. “CP is a tremendous partner, and they continue to show their heart and commitment to the communities we play in. We are looking forward to a great week in Vancouver, a market that has always supported golf. The Vancouver Golf Club is an outstanding course and will provide a stiff test to the best golfers in the world. ”