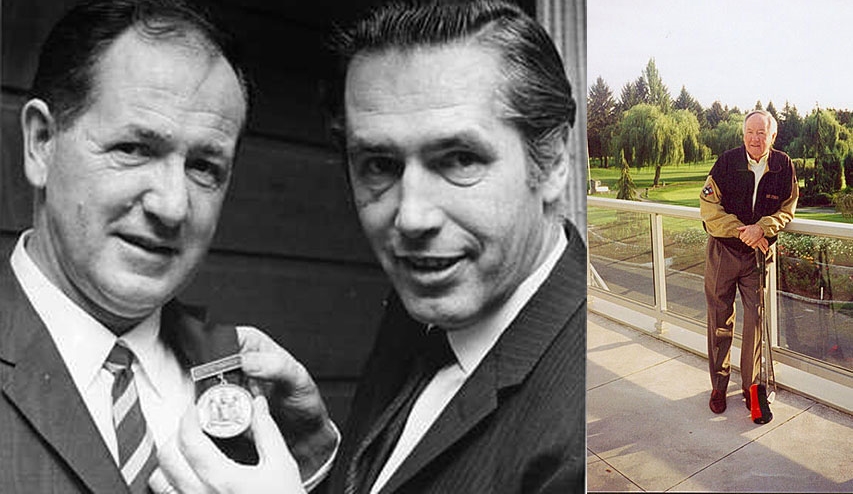 John (Johnny) Johnston, a former Canadian Amateur champion who is a member of the B.C. Sports Hall of Fame, died Tuesday at the age of 91.

Johnston, known as J.J. to his many friends, was a longtime member of Marine Drive Golf Club in Vancouver.

Johnston’s long list of achievements as an amateur golfer include a B.C. Amateur title in 1966. He won the B.C. Open at Marine Drive as an amateur in 1967 and that same year also won the Mexican Amateur.

He played on B.C.’s Willingdon Cup team on multiple occasions and represented Canada in the America’s Cup, World Amateur and Commonwealth competitions. “He was a guy who was one of the legends at Marine Drive,” said Dick Zokol, a fellow Marine Drive member and two-time PGA Tour winner. “I looked up to him. He flew bombers in World War Two and I loved to hear his stories.”

Johnston was renowned for his short game. He and Ron Willey defeated Jack Nicklaus and Deane Beman in an America’s Cup match. “He was a very gregarious guy,” Zokol said. “He was really good friends with George Knudson. He came from that era. He wasn’t a great ball-striker, but he could putt.”

Johnston became a member of Marine Drive in 1952. His Canadian Amateur win came in 1959 at his home course, where he beat Ontario’s Gary Cowan in the final. “John was a real character,” said fellow Marine Drive legend Doug Roxburgh.

“I heard so many stories from him about playing against the best of his era. His passing is very sad, but he is in a better place. Perhaps Stan (Leonard) and him will be teeing it up against each other again soon.”

Johnston, who received invitations to play in both the Bob Hope and Bing Crosby tournaments, was inducted into the B.C. Sports Hall of Fame in 1971. He joined the B.C. Golf Hall of Fame in 2005.