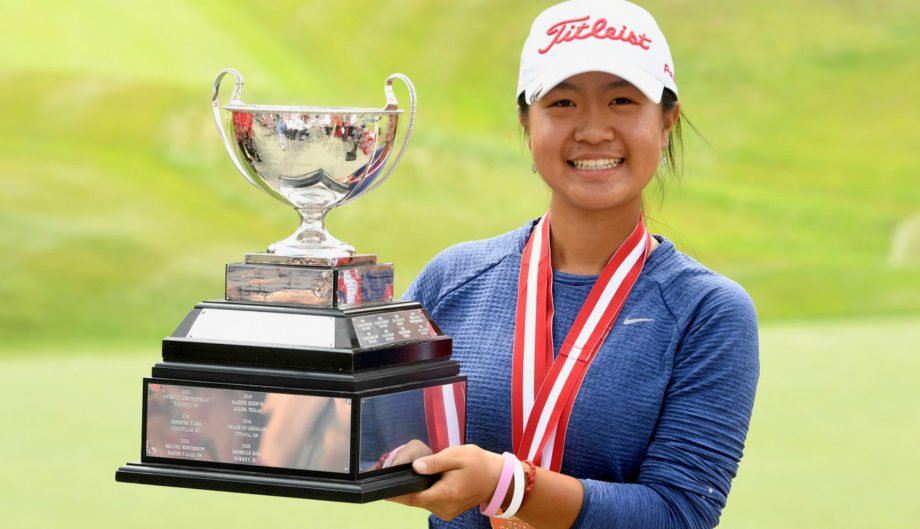 Federal Way, Wash. – The Pacific Northwest Golf Association (PNGA) announced its 2017 Players of the Year for the region and among those winners is Susan Xiao of Surrey, B.C., who topped the Junior Girl’s category.

In 2017, Xiao captured the Canadian Junior Girls Championship, the AJGA UA Canadian Championship and the MJT Vancouver Season Opener. She had top-5 finishes in four other events.

The PNGA Player of the Year candidates are nominated by the various state and provincial golf associations that comprise the PNGA (Alaska, Alberta, British Columbia, Idaho, Montana, Oregon and Washington), and are selected by a vote of the PNGA Championship Committee and members of the Northwest Golf Media Association. The Mid-Amateur category was created in 2012. The awards are officially presented at the PNGA Annual Meeting in the spring.