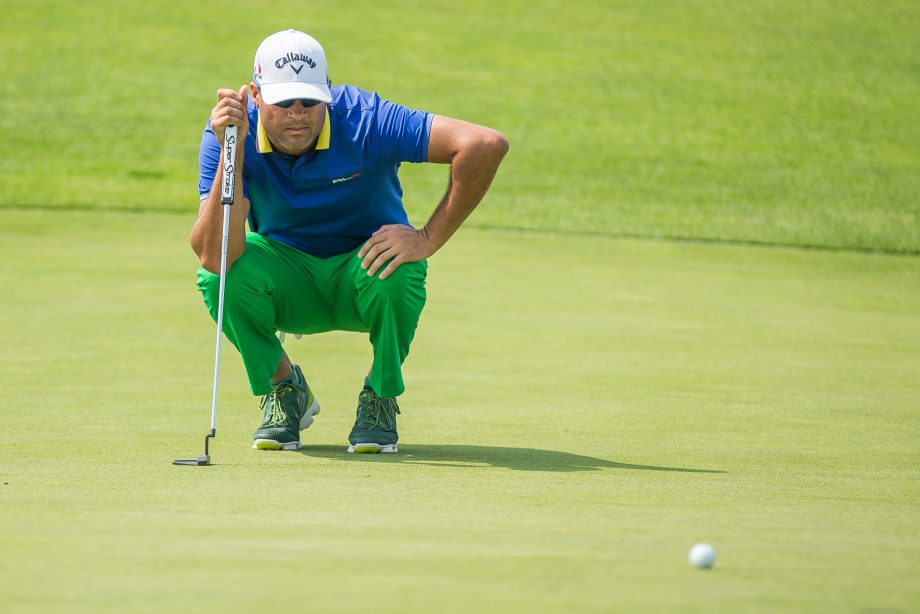 The 30-year old Mackenzie Tour rookie reached 11-under through 36 holes to build a two shot lead over Richmond Hill, Ontario’s Taylor Pendrith and London, England’s Charlie Bull heading into the weekend in Ottawa.

“I was able to limit my mistakes. I got loose a couple of times but was able to make some easy pars and when I got some chances I finally made a couple of putts and got warm,” said Beal, who held a share of the 18-hole lead and made four birdies in a five-hole stretch on the back nine to pull away from the pack.

Beal will play with Pendrith in Saturday’s final twosome in a duel of long bombers, with the pair currently sitting 11th and 1st in 2015 Mackenzie Tour driving distance, respectively. Beal is averaging 310.9 yards per drive, with Pendrith’s pokes reaching 339.1 yards per drive.

“I know Taylor real well and I think that will make it easier for both of us,” said Beal, who was a runner-up in a playoff with Pendrith to Drew Weaver at this year’s season-opening PC Financial Open. “I think there’s an advantage on some of the holes where some of the shorter guys might not be able to hit some of the same clubs into greens that we are, and I think that’s a big advantage.”

The Youngstown State University grad admitted he expects to feel pressure on the weekend, but that he’s well-equipped to handle what the course and field will throw his way with two rounds to go.

“I’d be surprised if I didn’t feel the nerves a little bit, but I’m looking forward to the challenge tomorrow,” said Beal.

Earlier, Pendrith and Bull posted the clubhouse lead at 9-under, with a trio of players, including Order of Merit leader J.J. Spaun along with Longwood, Florida’s Sam Ryder and Zimbabwe’s Nyasha Mauchaza one shot further behind at 8-under.

“I’m pleased with the score today. I had three bogeys and they were pretty sloppy, but if you shoot 7-under with three bogeys you’re doing something right,” said Pendrith, who made just six pars but eight birdies and an eagle in a round of 64.

“It’s been a good two days. Today I just played solid and made a nice group of four birdies in a row on the back-nine and then made some good up-and-downs coming in on 16, 17 and 18, which helps to save a good score,” said Bull.