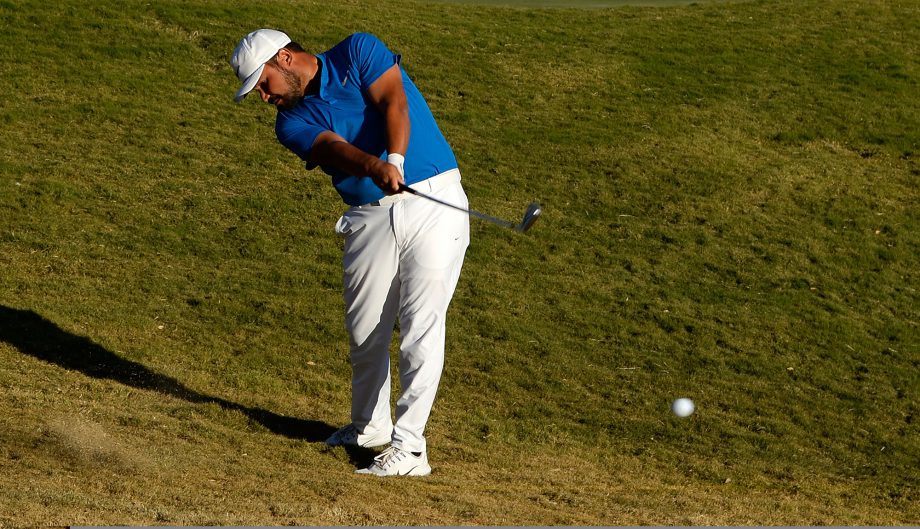 The 22-year-old Hossler birdied the par-4 15th and 18th holes for a bogey-free 5-under 66 – the best round of the day in the difficult conditions.

“It was one of those days you couldn’t get ahead of yourself at all,” Hossler said. “As soon as you do that, you get yourself in trouble. I just tried to keep the ball on the fairway and keep it below the hole as much as possible and manage my game. To get out of there bogey-free is kind of a miracle, to be honest.”

The 27-year-old Spaun, the leader after the completion of the second round in the morning, bogeyed the par-3 17th and saved par with a 10-footer on the 18th for a 73.

“I just was trying to get comfortable out there,” Spaun said. “I was really uncomfortable considering the conditions and the position I was in. But, yeah, I kind of kept things together. Those last five holes were pretty brutal. So, to not really give too many shots back on those holes, it’s not so bad as it looks.”

Hossler and Spaun, both winless on the PGA Tour, were at 9-under 204 – the highest leading third-round total by six strokes since the tournament went to one course in 2008.

“It was tough, but you’ve got to control your ball flight,” Finau said. “The balls are flying all over the place, but mentally you’ve just got to try to stay in it and take one shot at a time.”

Hossler got used to playing in the wind at the University of Texas.

“That was part of the reason why I went to Texas,” Hossler said. “Coming from Southern California you’re kind of in a bubble with perfect weather and no wind. So I was really struggling with that. When I go to school, playing in this kind of wind fairly regularly, not all the time. Certainly there were some windy days in Texas. So that experience has really helped me. I feel like I can control my ball in the wind a little bit better. Also, underrated. It’s sneaky hard to putt when it’s windy.”

Hossler tied for 10th last week in Mississippi for his first top-10 in 14 starts.

Spaun bogeyed three of the first five holes and had his lone birdies on Nos. 10 and 13.

“That’s all I could ever want is to have a chance on Sunday,” Spaun said. “I’m looking forward to it. I know it’s not going to be easy. But whatever happens, happens. It’s definitely a learning experience. Hopefully, I get it done.”

Spaun is making his 35th career PGA Tour start. He finished 97th last season as a rookie in the FedExCup.