Beef and brains are on the menu at the British Open 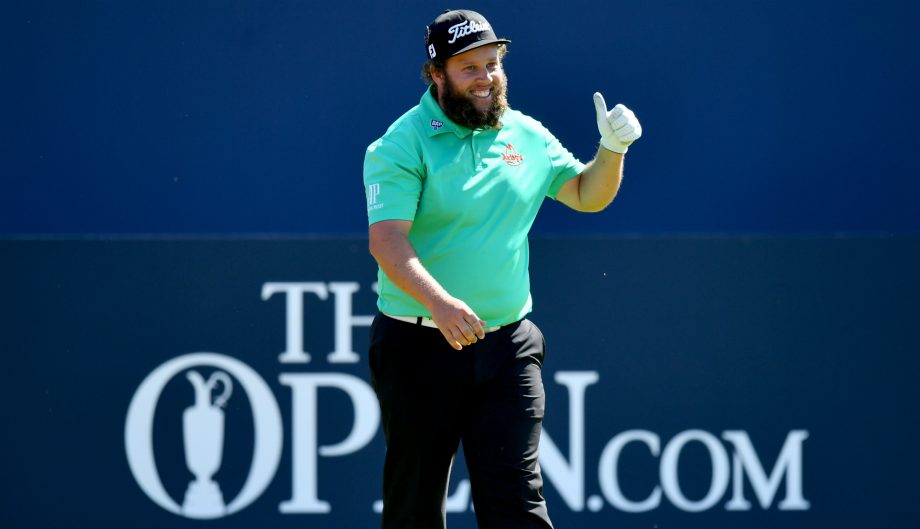 Beef is back on the menu at the British Open, and Andrew Johnston can only hope there’s as much sizzle to be found at Royal Birkdale as there was last year when he made an entertaining run on the weekend at Royal Troon.

There are brains here, too, thanks to a last minute win Sunday by Bryson DeChambeau, who defies golf convention with his swing thoughts and has physics formulas stamped on the back of his wedges.

Golf in what seems now to be a permanent post-Tiger era remains alive and somewhat well. That’s especially true on this side of the pond, where huge crowds will turn out this week for the 146th version of what they prefer here to call simply The Open.

The winner on Sunday will be crowned championship golfer of the year. Based on the small sample size of recent major championships, it is likely to be someone you know little about.

The last seven major championships have been won by players who had never won a major in their lives. That could go to eight this week if an up and coming player the likes of John Rahm – who dominated the Irish Open in his last outing – can win this Open.

'If I can do a quarter of what Seve did, I'll be really satisifed with my career.' – @johnrahmpga pic.twitter.com/VrfklGMEcd

Or maybe local resident Tommy Fleetwood, who didn’t exactly come in through the front door of the pro shop when he played a few holes here and there growing up.

“It was a course I would have crept on now and again,” Fleetwood said.

The revolving cast of new winners is part of the reason this Open – and golf itself – seems to be struggling for a story line. The course may be the best in England and the field full of great talent, but even the bookies here can’t figure out who should be favoured.

Gone forever are the days when Woods dominated and every conversation in the sport revolved around what he was doing.

“It shows the quality of golf that everybody plays at right now,” said Sergio Garcia, the Masters champion who is still looking for his first Claret Jug. “It’s a really high level and it doesn’t matter if you’ve won a major or not, everybody can definitely do it.”

That everybody certainly includes Garcia himself, who spent the better part of the last two decades tantalizing fans with his talent but never delivering in a major before a brilliant back nine comeback gave him the green jacket at Augusta National this year.

A kiss for good luck! @TheSergioGarcia with his fiancee Angela Akins who are set to get married in Texas in two weeks time. ?? pic.twitter.com/jyS0kaVeJI

His Open career began as an amateur at Royal Birkdale in 1998, and he’s had several legitimate chances to win the Open, only to kick them away. But he’s now a major champion and, with a wedding set for next week, he could be a storybook champion should he emerge with the iconic jug engraved with winners of years past.

“Obviously I am excited about it,” Garcia said. “I am confident about my possibilities but I can’t tell you if I’m going to be right up there on Sunday with a chance. I’m hoping that I will be, but unfortunately it doesn’t work like that every week.”

The player nicknamed Beef certainly understands that. The bearded, portly Johnston entertained the crowd at last year’s Open, nearly upstaging a tremendous duel between Phil Mickelson and eventual winner Henrik Stenson in the final round before finishing eighth.

But Johnston has struggled to make cuts ever since, as did DeChambeau until he came through Sunday with a blistering back nine to win for the first time in the John Deere Classic.

That gave him the final qualifying berth in the Open, and a chance to demonstrate some unusual theories he has about golf, including using the same length shaft in all of his irons.

.@JDCLASSIC winner @b_dechambeau has the physics equation for work on one of his wedges with the word "Do" in front of it.

A win here would be an extreme longshot, but strange things can happen in golf. That’s especially true at a tournament where just a few years back 59-year-old Tom Watson came within a par of winning before losing to Stewart Cink in a playoff.

So maybe the search for a new hero will focus on the hometown kid with the flowing bangs who used to sneak onto Royal Birkdale to play a few holes while his dad walked the dog around the course perimeter.

A win for Fleetwood – now the No. 1 player on the European Tour – might even get him noticed in the town where he grew up. So far, his appearance here has been welcomed with a collective shrug.

“There’s nobody fainting in the street as I walk past,” Fleetwood said. “So I’m still waiting.”

Abbotsford, B.C.’s Adam Hadwin is the top Canadian in the field, coming to Royal Birkdale ranked No. 54 in the world. He is joined by Austin Connelly who is a dual Canadian-American citizen playing on the European Tour.

Click here to view the tee time for Thursday’s first round at the British Open.