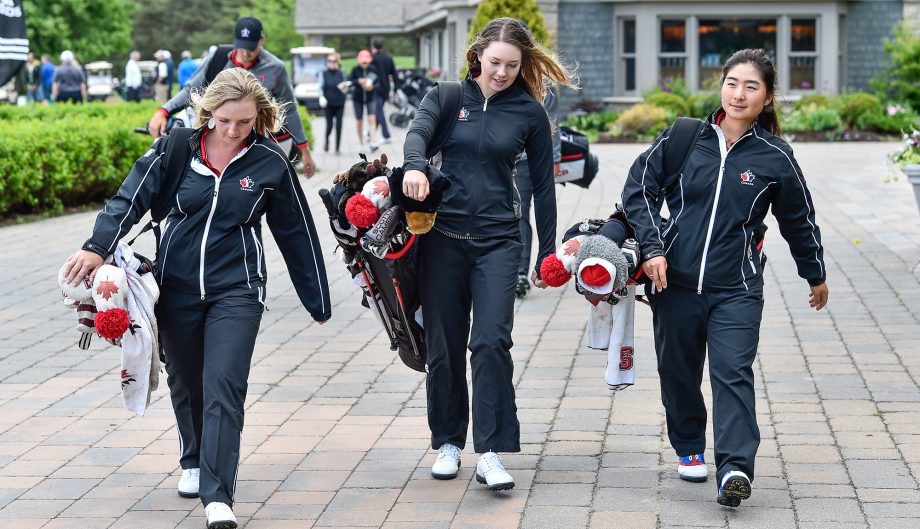 Eleven years ago, player development in this country was a long overdue idea that (finally) got some buy in.

Humble beginnings? Imagine it as the professional sports equivalent of an expansion franchise. No coaches, no players, no real structure or support mechanism at kick-off time but, hey, there was a name: Team Canada. In a hockey-infested nation, who couldn’t relate to that?

And who among us can’t relate to this concept: belief.

It’s a powerful word. Belief is the heart of this program, in my opinion. It is what drove it from idea to implementation. As the early adopters for Team Canada rolled up their sleeves and left egos and agendas at the door, a strange thing happened. All of them found common ground. They made “belief” fundamental to the National Team program process. Through that, they also found it in each other.

“When we started (the program) there were people who were intrigued but there were a lot of questions,” said Jeff Thompson, Golf Canada’s chief sport officer. “What’s this really going to do? What kind of an effect is this going to have? Can it last? Can we all work together? All it’s done since then is improve year over year.”

Did anyone see this coming? Twenty-nine worldwide tour wins and multiple Canadian flags trending on golf’s official world rankings in just over a decade? Unlikely, but it’s happened.

We also saw fans lined 10-deep along Ottawa Hunt & Golf’s fairways to catch a glimpse of Brooke Henderson at the CP Women’s Open; saw Henderson rise to No. 2 in the world before turning 19 years old; saw her win a major championship and three more LPGA titles and nearly medal at the Olympics.

How about Mackenzie Hughes? Did you believe he’d be a winner on the PGA Tour in his rookie season or that the Symetra Tour would have not one but two Canadians, Anne-Catherine Tanguay and Brittany Marchand, win titles in 2018?

Ever think you would feel this bullish about Canadian golf and its future? I didn’t. My hope for this initiative 11 years ago was for good-but- not-great things and for it to assist development, not become a tipping point for success. To those early influencers, coaches and “believers,” I likely owe an apology. Not only has Golf Canada’s amateur program become one of the best untold stories in Canadian sports but it’s an initiative countries around the world now want to emulate.

Structure has been a priority. Team Canada is an annual $1.5-million, multi- layer investment where there is a clear and defined path. It begins with the national development team, morphs to the national amateur squad and then the post-graduate support, assistance and mentorship of the Young Pro squad.

Starting in 2018, the national development squad program will also include an 18-week academy pillar. Players and coaches will live at Victoria’s Bear Mountain Resort, immersed in a high-performance centre of excellence. The team will attend morning classes at a nearby high school. Training that was at 30 to 35 days a year rises to 120 days. “Honestly, when we looked at what was going on globally and the amount of touch points and time other countries were having with their players we felt like this was a missing step,” added Thompson.

Amid, I might add, very few missed Team Canada steps along the way.