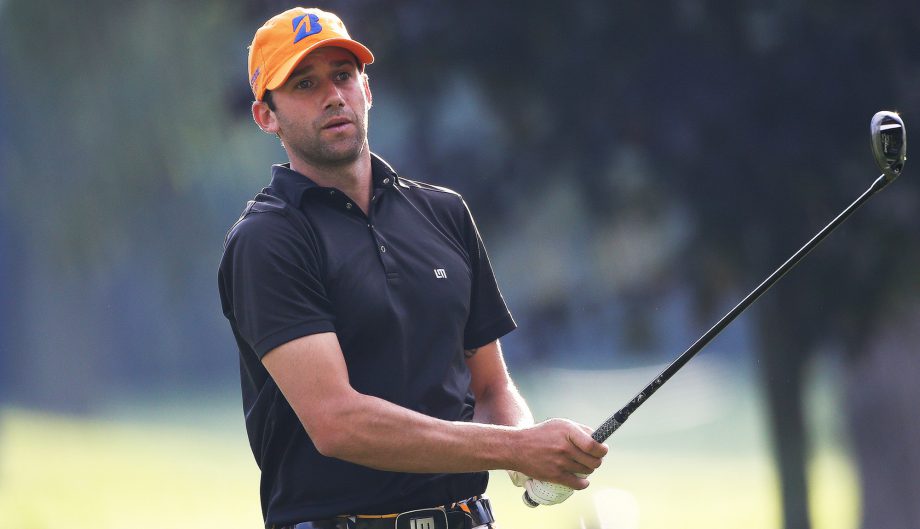 SPRINGFIELD, Ill. – Five players posted 7-under 64 in the first round of the inaugural Lincoln Land Charity Championship. Curtis Thompson was the first to come in at 7-under at Panther Creek Country Club in Springfield, Illinois. In the afternoon wave, Jason Millard, Scott Harrington, Ben Silverman and Kent Bulle matched his effort to grab a share of the lead.

The logjam continues down the leaderboard where six players are tied at 6-under 65 and 14 more at 5-under 66. There are a total of 63 players within four shots of the lead.

“Things are looking up; I’m really excited about where the game is at and where it is going,” said Thompson, who has recorded a first-round score of 66 or better four times this season. “I think it’s only a matter of time before we put two rounds together.”

Thompson was 2 under for the day when he reached the par-5 fourth. He used his length to his advantage to make a routine birdie and then got on what he described as a “heater.” In a four-hole stretch from holes 4-7, the former standout at Louisiana State University went birdie-birdie-birdie-eagle to thrust himself into the lead.

“That takes an average round and puts you over the top,” said Thompson, about his 5-under, four-hole stretch. “It was something I didn’t really see coming.”

Millard’s season has been plagued with injuries. His back flared up at the Chitimacha Louisiana Open presented by NACHER and he finished tied for seventh the next event out at the Brasil Champions presented by Embrase.

He was feeling sick in Greenville and recorded a tie for sixth at the BMW Charity Pro-Am presented by SYNNEX Corporation. Coming off a solo fifth at the Rust-Oleum Championship, Millard injured his rib cage and missed two straight cuts for the first time all season. He decided to skip a few events to rest it up and wasn’t sure he could play this week until Wednesday evening.

“I didn’t play last week because I’ve been battling a rib problem,” said Millard, who is No. 26 on the money list. “I was kind of up in the air on playing this week and I just told myself to come out here and play Tuesday and Wednesday and see how I felt. I made the decision to play, it doesn’t feel great. Went out there with no expectations and played a great round.”

Harrington walked out of the scoring tent on Sunday at the LECOM Health Challenge with a chip on his shoulder after he carded a final-round 75 and dropped from T8 to T37.

“I couldn’t have any felt further away on Sunday,” said Harrington, who posted his lowest first-round score this season on Thursday. “It was one of the worst ball-striking rounds I’ve had. I was in the top 10 going into it and I kind of felt it coming on Saturday. It’s one of those things where I couldn’t make solid contact, couldn’t hit a draw, or a cut. No go-to shot at the time and it was a real struggle. Sunday night wasn’t a fun night for me, but I took a day off and did a lot of work on Tuesday.”

Silverman has only made one cut this season in 11 tries. The Mackenzie Tour – PGA TOUR Canada alum has been working on his mental game and still trying to get comfortable on Tour. On Monday the 28-year-old from Thornhill, Ontario was trying to play his way into the tournament and pulled out of the qualifier as soon as Tour officials informed him he had gotten into the field on his number.

“We were six holes in and I kept checking my phone because I wasn’t playing that good,” said Silverman, who posted his season-low round on Tour on Thursday afternoon. “As soon as we got the call I was super happy and we got out of there after seven holes. It was a really good feeling.”