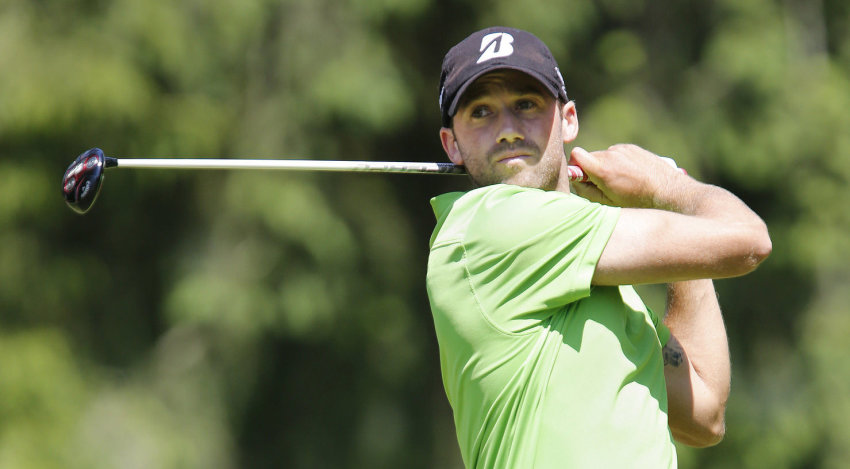 The 27-year old was bogey-free for the second consecutive day to reach 13-under after two rounds, two shots clear of Alberta natives Stuart Anderson and Riley Fleming and Germany’s Christopher Trunzer. Silverman, who opened with an 8-under 64 on Thursday, said Friday’s 67 in tricky, windier conditions was every bit as good as his hot start in round one.

“I’m very happy with both of them. Today was just a tougher grind to stay in it. Early on, I almost felt the round slipping away not being able to get some birdies, but I stayed in it mentally and kept grinding, and eventually it came around,” said Silverman, a second year member of the Mackenzie Tour.

Silverman recorded pars on each of his first seven holes before a two-putt birdie at the eighth got things going in the right direction, a critical shift in momentum according to the Palm Beach Gardens, Florida resident.

“I just kind of hung in there and finally made a birdie on 8 because I got it there in two,” said Silverman, admitting he had to re-focus after seeing Fleming post the clubhouse lead at 11-under. “Definitely today I caught myself thinking ‘Oh, Riley’s in the lead and I gotta go catch him,’ but I just tried to slow down and focus on one shot, and that’s what I’ve been working hard on.”

Silverman owns two top-10 finishes on the Mackenzie Tour and said he looks forward to the challenge of being chased by the field on the weekend.

“I like looking over at a board and seeing my name up top, because it pushes me harder to make more birdies,” said Silverman.

Earlier in the day, Fleming bounced back from an opening double bogey with seven birdies to reach 11-under, a number that was matched by Anderson, who grew up playing 54 holes a day as a junior at Fort McMurray Golf Club, along with Trunzer, who Monday Qualified into the event earlier this week.

“It was definitey a grind. The wind picked up, but the greens were perfect out there so I was able to make some putts,” said Fleming.