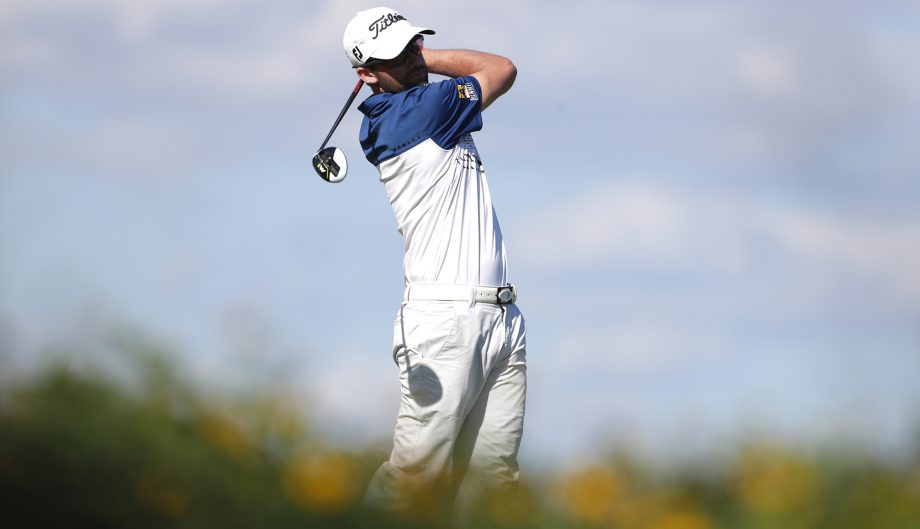 ST. SIMONS ISLAND, Ga. – PGA Tour rookie Austin Cook shot a 4-under 66 on Saturday to increase his lead to three strokes in the RSM Classic.

Cook, a shot ahead after a second-round 62, had five birdies and a bogey – his first of the week – to reach 18-under 194 with a round left at Sea Island Golf Club’s Seaside Course.

“Putting is key right now,” Cook said. “Been able to make a lot of clutch putts for the pars to save no bogeys. Hitting the ball pretty much where we’re looking and giving ourselves good opportunities on every hole.”

Former University of Georgia player Chris Kirk was second after a 64.

“I’m really comfortable here,” Kirk said. “I love Sea Island. I lived here for 6 1/2 years, so I played the golf course a lot, SEC Championships and come down here for the RSM Classic. My family and I, we come down here a few other times a year as well.”

Brian Gay was another stroke back at 14 under after a 69.

“I just kind of played stress-free golf out there and kept the golf ball in front of me,” Spaun said. “I had a lot of looks and scrambled pretty well, even though it was only a handful of times, but pretty overall pleased with how I played today.”

Cook has made the weekend cuts in all four of his starts this season. The 26-year-old former Arkansas player earned his PGA Tour card through the Web.com Tour.

“I think with an extra year on the Web this past year, I really grew mentally and with my game, just kind of more confidence,” Cook said. “I was able to put myself in contention on the Web.com more this year than I have in the past. I think I’ve just, you know, learned from experiences on the Web to help me grow out here.”

He planned to keep it simple Saturday night.

“I’ve got my parents here and my in-laws are both here as well as my wife,” Cook said. “Go home and just have a good home-cooked meal and just kind of enjoy the time and embrace the moment.”

Kirk won the last of his four PGA Tour titles in 2015 at Colonial.

“It’s nice to be back in contention again,” Kirk said. “It’s been a little while for me. But I felt great out there today, I felt really comfortable, and so hopefully it will be the same way tomorrow and I’ll keep my foot on the pedal and stay aggressive, try to make some birdies.”