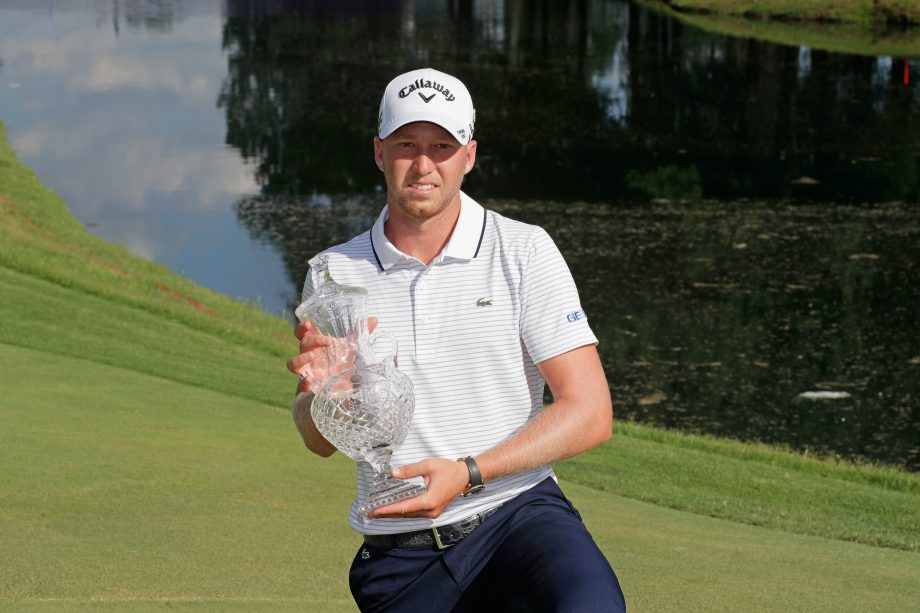 The first few shots of Daniel Berger’s final round didn’t give much clue that his second straight victory at the St. Jude Classic was only a few hours away.

He hit his drive on No. 1 into the rough, sent his next shot into the rough far past the hole and his third shot was a chip that didn’t even make it to the green. What was left was an awkward 25-foot chip to save par.

And from that point on, Berger put together a stellar day on a firm, fast, challenging course at TPC Southwind, shooting a 4-under 66 to erase a three-shot deficit and beat South African Charl Schwartzel and South Korean Whee Kim by one stroke.

Now he just might be one of the young players to watch going into the U.S. Open next week at Erin Hills in Wisconsin.

“We hear a lot about the young guns and about the Justin Thomases and Jordan Spieths, but I feel like I kind of get forgotten a little bit,” Berger said. “I’m pretty good, so I’m just going to try and keep doing my thing and see if I can’t get a few more.”

Berger is the fourth back-to-back winner at St. Jude and the first since David Toms did it in 2003 and ’04. He played a bogey-free round on Sunday, usually avoiding trouble after the first hole. His 17-foot birdie putt on No. 15 put him ahead for good and he finished at 10-under 270.

“I played really great through the first couple days but I didn’t make as many putts,” Berger said. “Then the last couple days they just started to fall and that was the big difference.”

Schwartzel shot a 66 and Kim shot a 67 to finish in second. Amateur Braden Thornberry and Billy Horschel were among five players two shots back.

Schwartzel played well for most of the tournament, but a 4-over 74 in the third round made for a steep hill to climb on Sunday. He nearly made it, but a long putt on No. 17 stopped just short of the birdie he needed to pull even with Berger.

Stewart Cink, Ben Crane and Rafa Cabrera Bello started Sunday with a one-shot lead on a crowded leaderboard that included 12 players within three shots of the lead. Cabrera Bello stayed in contention for most of the day, finishing with a 71, but Cink and Crane both shot a 73.

The leaderboard was a jumbled mess through much of the final round. At one point, there were nine players tied for the lead at 8-under before Berger finally emerged from the pile.

“I just hit so many good shots coming down the stretch and I can’t even explain,” Berger said. “It’s just – I feel like I wasn’t even on the golf course. It just kind of happened.”

Phil Mickelson briefly had a share of the lead during the final round, but a triple bogey on No. 12 –
which included a shot into the water – knocked him out of contention. He still shot a 68 and finished at 7-under, three shots behind the leaders.

Mickelson, who is not expected to play in the U.S. Open next week because of his oldest daughter’s high school graduation, said he feels good about how he’s playing except when it comes to between his ears.

“The good news is that my physical game is there and I should be able to find the mental toughness here soon,” Mickelson said.

Thornberry shot a 65 and became the first amateur to finish in the top 10 at the St. Jude Classic since 1965. Thornberry, a sophomore at Mississippi who is from nearby Olive Branch, Mississippi, recently won the NCAA individual championship with for the school’s first golf title.

Brantford, Ont., native David Hearn finished T10 at 6-under par after a final round 70. The 10th place finish is his best result of the season to date.