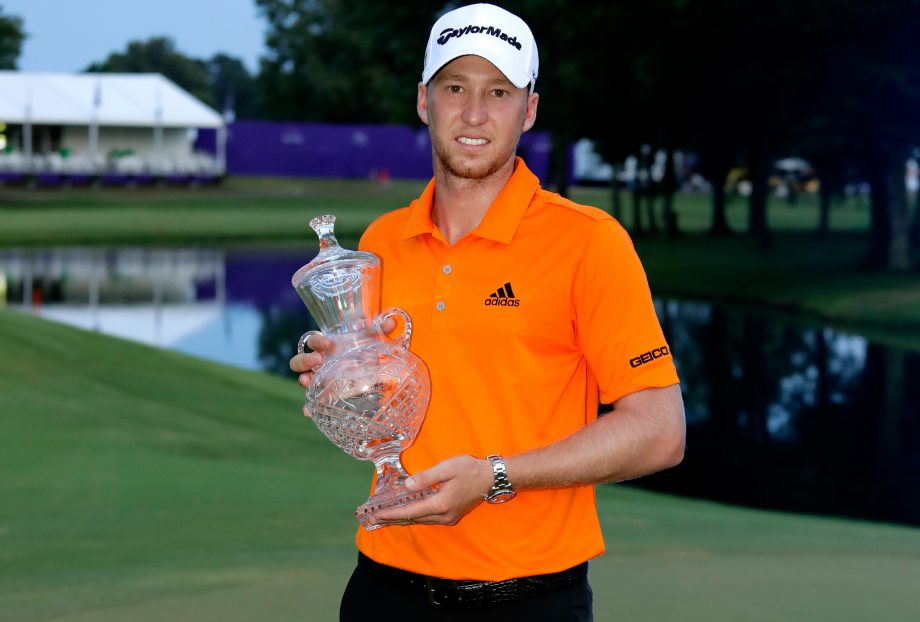 The 23-year-old Floridian had had never been in a final pairing until Sunday. When Mickelson, with his 42 career PGA Tour titles, closed within a stroke, Berger birdied three of his next four holes, highlighted by a 32-foot putt on the par-3 14th that pushed his lead to 13 under.

Berger finished at 13-under 267. He became the 13th first-time winner on tour this season and took home the winner’s check of $1.1 million in the 50th start of his career.

“It’s the greatest feeling,” Berger said. “You work so hard to get here and to finally be able to put the trophy up, there’s no way I can describe it.”

Mickelson and Stricker shot 67, and Koepka had a 66 in the round that was delayed three hours because of storms. Dustin Johnson had a 63, setting the back-nine record with a 29, to finish fifth at 9 under.

Berger also became the fourth first-time winner at this event in the past six years and 10th overall in Memphis.

David Hearn, of Brantford, Ont., shot an even 70 in his fourth round and finished the tournament in a tie for 41st at 1-over 281.

Now he will head to Oakmont trying to do something no one has ever done before by following up a tour title by winning the U.S. Open. Only 11 have ever won a major after winning on tour, and Rory McIlroy was the last when he won the PGA Championship the week after taking the WGC-Bridgestone Invitational in 2014.

The thunderstorms slowed down the confident Berger, and only for a hole. He had hit only hit three shots when the horn sounded. Play finally resumed at 4 p.m. local time, and Berger resumed by two-putting from 10 feet on No. 1 for bogey.

But the 2014-15 rookie of the year who already has finished second twice with a total of nine top 10s in his young career. He shook off the bogey by stringing together four straight pars with Koepka catching him atop the leaderboard at 9 under before bogeying No. 8. Berger birdied Nos. 6 and 11 to make the turn at 11 under.

He stumbled on No. 10, two-putting from 10 feet again for bogey. Mickelson went to 9 under with two birdies on his first three holes on the back nine, which included a 44-footer on the par-4 12th. Then Mickelson’s putter failed him as he just missed from 11 feet on No. 13 and 17 feet on No. 14 chasing his first win since the 2013 British Open.

Johnson rebounded from a 73 by shooting the best round this week before heading to Oakmont. He chipped in for eagle on No. 16 from 16 feet and holed out from 22 feet on No. 18 to set the back-nine record. That put him a stroke back of Berger who had 11 holes to play, but Johnson felt good about his game with the U.S. Open next.

“On the back nine, I had great looks on every hole,” Johnson said. “Struck it a little better. I got a little sloppy with my setup the first couple days. Caused me to mishit some shots. I’m real comfortable, real confident going into next week.”