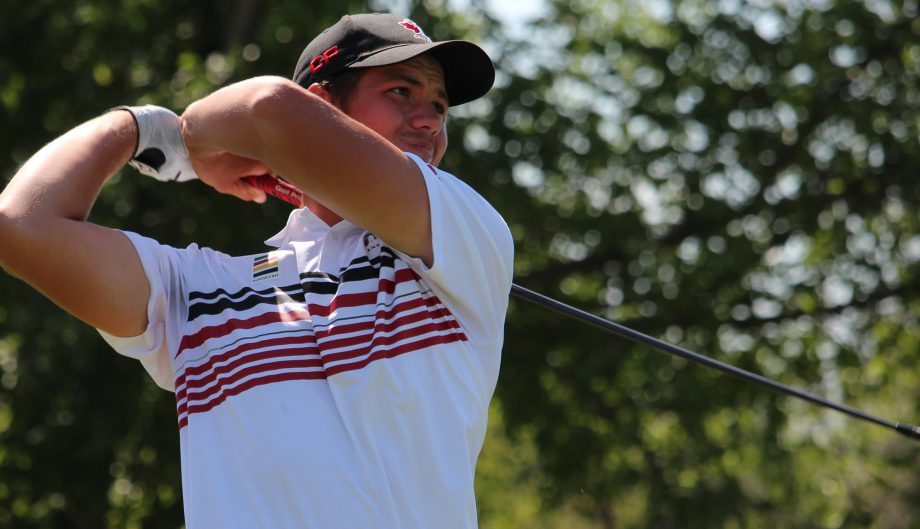 PILAR COUNTY, Buenos Aires, Argentina – Amateur Squad’s Hugo Bernard held onto his share of 14th place with an even-par 72 on Saturday at the Martindale Country Club to lead all Canadians.

Bernard, the reigning Canadian Men’s Amateur champion, posted a steady 16 pars to remain 1-under for the tournament (75-68-72). The Mont-St-Hilaire, Que., product now trails Costa Rica’s Paul Chaplet, who leapfrogged the competition with a 66 (-6) to build an outright lead of two strokes over second place.

Team Canada teammate Peyton Callens had his strongest day yet, recording a 2-under 70 to move the Langton, Ont., native up nine spots into a tie for 23rd at 1-over par for the tournament. Fellow Development Squad member A.J. Ewart’s struggles continued on Saturday, with the Coquitlam, B.C. resident posting a 5-over par 77. Ewart, 17, holds a share of 50th heading into tomorrow’s final round.

Richmond Hill, Ont., native Monet Chun continues to lead the way for the Canadian women. The Development Squad rookie climbed three spots with an even-par 72 to bring the 16-year-old into a tie for 16th. Chun is chasing the leading Isabella Fierro of Mexico, who recently took home medallist honours at the Mexican Amateur. Fierro holds the outright lead at 10-under par, four shots clear of runner-up Delfina Acosta of Argentina.

Development Squad teammate Mary Parsons showed signs of a recovery, posting a 2-over 74—her best score for the tournament. Through 54 holes, the Delta, B.C., product sits T41 at 17-over par.

The final round of action gets underway at 7:30 am local time on Sunday.