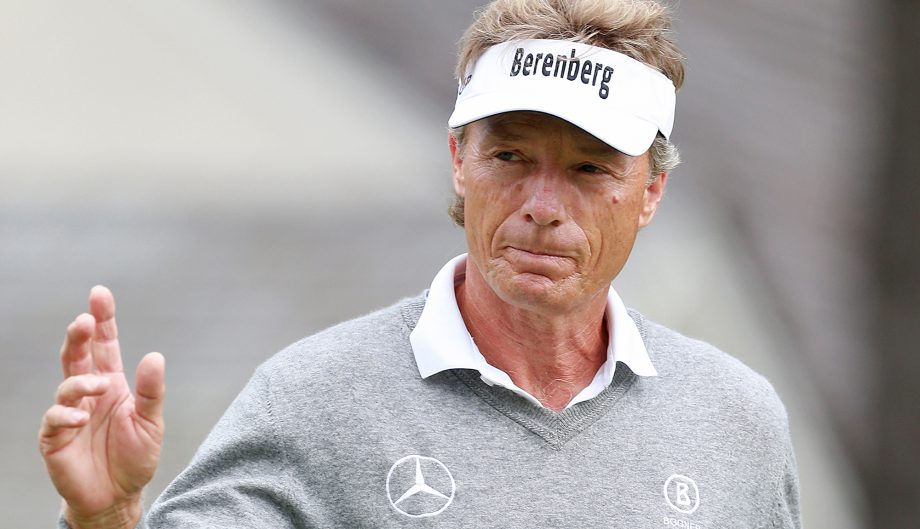 RICHMOND, Va. – Bernhard Langer made a 15-foot eagle putt on the par-5 18th hole Sunday to overcome a mediocre round and win the Dominion Energy Charity Classic, the first event in the PGA Tour Champions’ Charles Schwab Cup Playoffs.

Langer, even par for the day before getting to the easiest hole on The Country Club of Virginia’s James River Course, beat Scott Verplank by one shot. Verplank, playing two groups ahead of Langer, shot a bogey-free 6-under 66 to erase a five-shot deficit, but missed short birdie putts on the 17th and 18th holes.

Langer followed his second-round 63 with a 70 to finish at 16 under. The victory was the sixth this season and 35th on the tour for the 60-year-old Langer, and clinched the top seed in the season-ending Charles Schwab Cup Championship in Phoenix.

And there it is!@BernhardLanger6 makes EAGLE on the 18th to defeat Scott Verplank by 1 shot at the @DECCGolf.#SchwabCup Playoffs pic.twitter.com/VLMT1RjCnR

Langer became the second player on the tour for players 50 and older to make eagle on the final hole to win by a shot. Scott McCarron, who won this event last year, did it at the Allianz Championship in Boca Raton, Florida.

Canadians Rod Spittle and Stephen Ames finished inside the top 54 to advance to the second instalment of the Champions Tour playoffs next week in the PowerShares QQQ Championship at Sherwood Country Club in Sherwood Oaks, Calif. The top 36 will advance to the third and final event, the Charles Schwab Cup Championship.