Big names upstaged by No. 528-ranked Brooks at Scottish Open 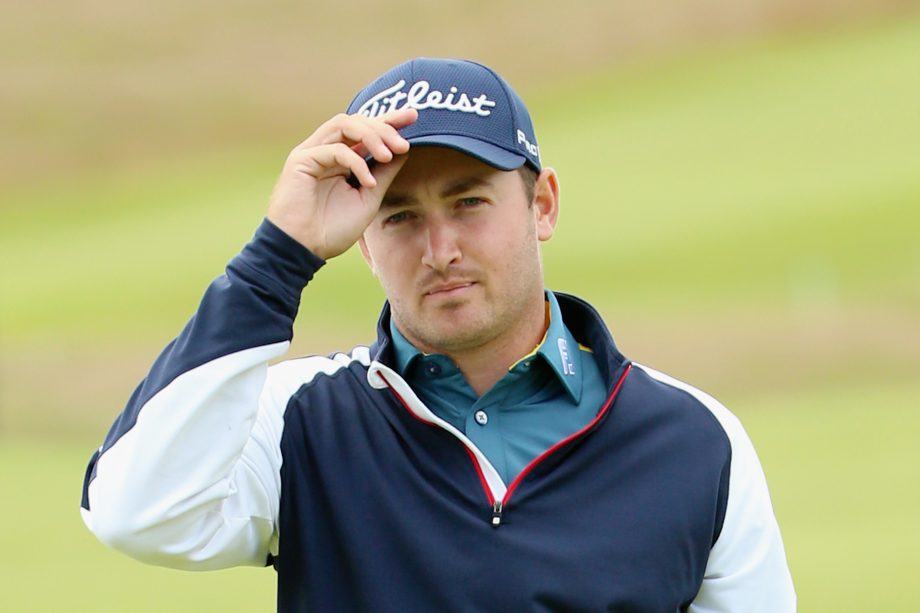 GULLANE, Scotland – Some of the top names in golf were upstaged by a player ranked No. 528 in the world at the Scottish Open on Friday, with unheralded Englishman Daniel Brooks surging into a surprise three-shot lead after the second round.

Brooks rolled in a 30-foot putt for birdie on the last hole for a 5-under 65, which followed up a first-round 64 – the lowest 18-hole score of his eight-year professional career – at the links tune-up for next week’s British Open at St. Andrews.

Defending champion Justin Rose, 2008 winner Graeme McDowell and Shane Lowry all shot 66 and were in a six-way share of second place on 8 under, a group that also included American Ryan Palmer (65).

Phil Mickelson birdied Nos. 14-16 to recover for a 68 that lifted him to 3-under overall and above the cut mark of 2 under – despite what the five-time major champion called a “horrific” putting display on the Gullane greens.

But they were all trailing Brooks, who was ranked as low as No. 570 two weeks ago after 13 straight missed cuts on the European Tour. “Something clicked,” the 28-year-old Londoner said, when he tied for 20th at last week’s French Open to break the dismal streak and he has carried that form to the east coast of Scotland.

“It’s hard work when you are going out there every week and playing bad. It gets to you,” the reserved Brooks said. “You know you can do better, and I’m showing it this week.”

Brooks’ only title came after a playoff at the Madeira Islands Open in May last year, but that victory was in a tournament that was reduced to 36 holes because of fog and was overshadowed by the death of the caddie of Scottish player Alastair Forsyth earlier that day.

“With Mack (Ian MacGregor) passing away, I didn’t have time to celebrate. It wasn’t a nice feeling,” Brooks said. “I got a win but it put a downer on it.

“I’ve played some terrible golf since then but it’s started to come back.”

Rose is in contention to become the first player to retain the Scottish Open title after two 66s, although he was shaken up during his second round after striking an elderly spectator on the head with an errant drive.

The 2013 U.S. Open champion sent his tee shot left on the par-5 16th and when he approached his ball, there was a man sitting on the ground with blood coming from a cut on his head. Rose said a young spectator fainted at the sight of the blood, but soon “came around.”

Rose made par on that hole, as he did on every hole on the back nine after picking up five birdies from Nos. 2-8. That was around the time morning rain relented and Friday’s early starters were treated to still conditions that left the Gullane links defenseless.

“I would say I’m running at 50 percent,” said Rose, who won at Royal Aberdeen last year.

Lowry, a links specialist from Ireland, is continuing his form from the U.S. Open at Chambers Bay where he was tied for ninth. And McDowell is also relishing this style of golf after a difficult 2015 in which the Northern Irishman has dropped out of the world’s top 50 for the first time in five years.

The other players on 8 under were Sweden’s Johan Carlsson (67) and England’s Matthew Nixon (67). Americans Rickie Fowler and Matt Kuchar both shot 68 and are five shots behind Brooks.

Mickelson looked like he was heading for an early exit and two extra days of practice at St. Andrews after dropping to level par overall with bogeys on Nos. 11 and 12.

The 2013 champion of both the Scottish and British Opens turned it round, although he said: “For me to make the cut the way I putted the first two days in surprising.”

Two players who did miss the cut: First-round leader Thorbjorn Olesen, who shot 7-over 77 for level par; and Ian Poulter (71 for 1 over).