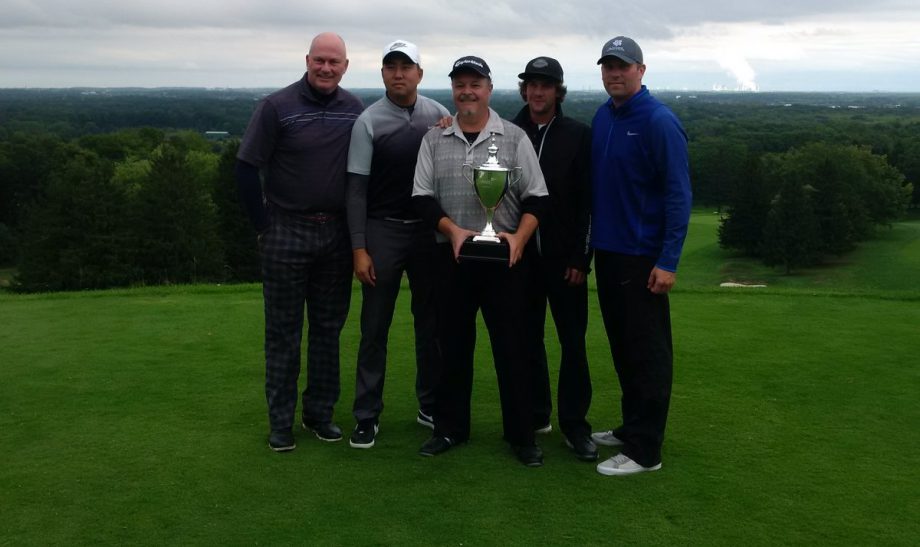 Fonthill, Ont. – What started out as just an opportunity to have fun with a couple friends turned into a big win at the inaugural Hyundai PGA Scramble for the team from Angus Glen.

“We just had fun out there and that has been our motto since the very start,” the Angus Glen team said. “But in the end, as just a bunch of amateurs, it feels really cool to be crowned as national championship winners.”

Angus Glen’s two-day net score of 108.2 was a mere 0.2 shots better than Lookout Point who finished at 108.4. The team from Midland Golf & Country Club rounded out the top three with a score of 109.2.

The Hyundai PGA Scramble of Canada saw thousands of golfers from across the country participate in the series of events this summer. The 25 teams participating at Lookout Point—which were comprised of four amateurs and a PGA of Canada Professional—made it through local and regional qualifying events before teeing it up this week in the national championship final.

The winning team was officially crowned at the closing ceremonies Saturday evening at the Scotiabank Convention Centre in Niagara Falls.

“It’s been just an amazing week,” the Angus Glen team said. “From our amazing accommodations in Niagara Falls to the way everyone has looked after us here at Lookout Point, it’s really been a dream experience.”