Biggest obstacle facing Woods might be between the ears 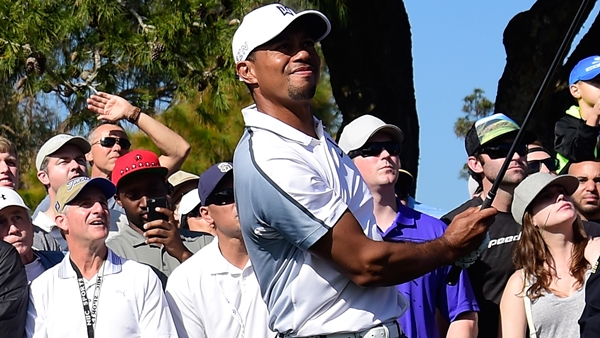 SAN DIEGO – The BBC called on Thanksgiving weekend in 2009 looking for insight on the shocking, sordid details about the private life of Tiger Woods and how this would affect his pursuit of golf’s most meaningful record.

The line of questions made one thing clear. They didn’t need a golf writer, they needed a psychologist.

Five years later, has anything changed?

Ignore for a moment the bunker shot that Woods blasted into the bleachers on the 16th hole during the pro-am at the Phoenix Open. Or the 82 he posted in the second round at the TPC Scottsdale, the worst score of his career. The record will show he has more WDs than top 10s in the last 18 months.

Is it possible that perhaps his greatest strength – his mind – is now his weakness?

The look on the practice range is one of uncertainty. On the golf course, it is one of resignation. Woods has never appeared more fragile. And he has never been the subject of so much sympathy from peers he used to beat so badly that Charles Howell III once said only half-jokingly that he “ruined a lot of guys’ lives.”

There was some truth to a throwaway line from Woods at his Hero World Challenge in December that “Father Time is undefeated.” He is 39 with five surgeries and one public embarrassment behind him. Adding to accelerating years is that he has been in pursuit of greatness from the time he crawled out of a high chair.

Accepting his rapidly advancing age is another story.

A decade ago in the parking lot at Doral, when Woods finally adapted to a swing change under Hank Haney and was on his way to two majors that year, he said he would walk away from the game sooner than anyone imagined, that he would quit when his best was no longer good enough to win.

“I’ve won tournaments out here when I wasn’t playing my best,” Woods said that day. “If I play my best and don’t win, there’s no reason to be out here. I don’t lie. When I play well, I tell you guys. When I haven’t played well, I’ll tell you.”

At this stage in his career, his best isn’t good enough to beat Rory McIlroy and maybe a few others.

Woods has never been forthcoming with the press or the public. The question is how honest he is with himself. For now he can fall back on injuries as the cause of his poor play, although the message gets muddled based on his recent comments about his back.

“It feels great. It feels fantastic,” he said in December.

“That’s not an issue anymore,” he said last week in Phoenix.

He warmed up fine on Thursday morning. The fog rolled in, the temperature dropped and his back never loosened up again after standing around. That happens. Instead, he said that “everything started deactivating again” and it was frustrating that he couldn’t stay “activated.” Thankfully, he cleared that up by mentioning it was his “glutes” that didn’t activate.

For the next two days, “glute activation” became a buzz word on the putting green and practice range. Woods became the butt of jokes.

No one wants to see this.

Most disturbing is how easily it has become to withdraw. In his brief interview among a circus atmosphere in the parking lot, no one asked if Woods risked further injury by completing the last six holes (and presumably two putts). Could he not have gutted out the first round and tried to activate his glutes Friday morning? Notah Begay said over the weekend on Golf Channel that a text from Woods indicated it was not a “major concern.”

One major concern is motivation and, yes, desire.

That would be unlike the Woods of yesteryear – no one would ever dare question his desire – but it’s reality. This is his 20th year on tour. He’s gone to the top of the mountain four times. This would be the toughest climb of them all. He is a single father of two whose schedule is determined by the weeks when he gets the kids. He has been hurt on the golf course and humbled off it.

And he has chipping problems so severe that the dirtiest four-letter word in golf has been evoked – yips.

The Masters starts in 59 days. Woods is supposed to play the Honda Classic in two weeks, and there are questions whether he should even show up. Woods doesn’t need competition. He needs a clear head and a strong mind.

Right now, the only thing clear about Woods is that he faces a murky future.