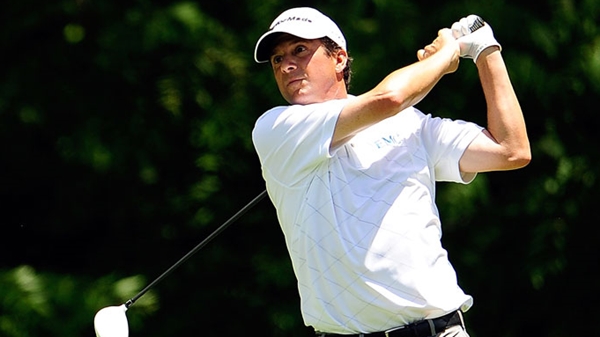 SAUCIER, Miss. – Billy Andrade hasn’t played much competitive golf over the past four years. It was hard to tell on Saturday.

The 50-year-old Andrade had the low round of the day, firing a 7-under 65 to jump into a tie for the lead with Fred Funk after the second round of the Mississippi Gulf Resort Classic at Fallen Oak.

Andrade made nine birdies on Saturday, including a stretch of six over seven holes midway through the round. The exclamation point came on the final hole, when he drained a 20-foot putt for birdie.

It’s the second time in less than a year that Andrade has been in contention to win a tournament in the Magnolia State. He finished fifth at the Sanderson Farms Classic in Madison, Miss., last summer, which was easily his best finish in three starts on the PGA Tour last year.

“I have no idea what it is about Mississippi,” Andrade said laughing. “But right now, I absolutely love it.”

Andrade is playing in just his fourth Champions Tour event. His best finish was eighth place at the ACE Group Classic in February.

Fred Couples started the day with a two-stroke lead, but fell into a tie for second place after shooting a 71. Jay Haas and Jeff Maggert both had 69 to join Couples one stroke behind the leaders.

Andrade has been mostly on the sidelines the past four years, working part time as an analyst for the Golf Channel. He’s started just eight tournaments on the PGA Tour since 2010 and said it’s been nice to play several events in a row on the Champions Tour since he turned 50 to regain some consistency.

“It was kind of a swirly, windy day,” Andrade said. “We didn’t know if the wind was helping us or hurting us on some holes. But I got off to a nice start with a birdie on the first hole and then got into a nice rhythm.”

Andrade and Funk are at 8-under 136 for the tournament. Funk shot a 67 on Saturday.

“I like coming here because it’s a pretty difficult golf course and I like hard golf courses,” Funk said. “When you’re playing well, you try to get a little separation, although we’re not too separated on the board right now.”

There are 11 players within three shots of the lead.

Couples had a good start on Saturday, going 2-under through his first six holes. But he had 11 pars and a bogey the rest of the way to finish at 71, which snapped his streak of 12 straight rounds on the Champions Tour in the 60s.

The streak was one shy of Hale Irwin’s record set in 1999.

“It was just a little sloppy,” Couples said. “I didn’t make a birdie on the back nine, so that’s a lot of holes without making a birdie.”

David Frost was disqualified Saturday after removing a stone in a bunker on Friday, which should have resulted in a two-stroke penalty. A Champions Tour official said Frost self-reported the violation after Saturday’s round.

Frost was tied for sixth place at 6-under before his disqualification.

Because of expected rain, the tee times have been moved earlier for Sunday’s final round. The leaders are scheduled to tee off at 10 a.m. CT.