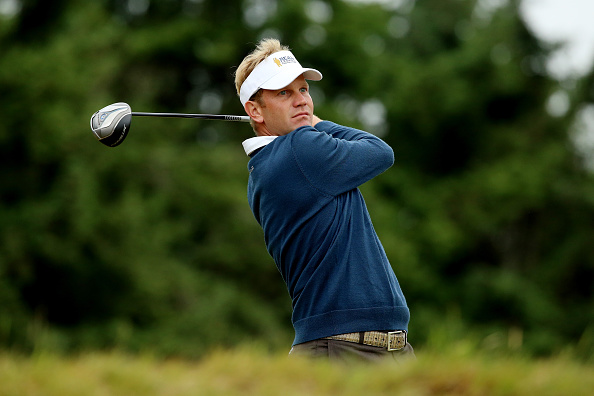 GAINESVILLE, Va. – Billy Hurley III took a few questions about his struggles on the golf course and his ties to northern Virginia before a PGA Tour official said Hurley had an announcement.

Fighting off tears, Hurley delivered the stunning news that his father, retired police officer Willard Hurley Jr., has been missing since July 19.

“Last Sunday, nine days ago, my dad took some clothes, he took some cash, he got in his truck and drove away and no one has heard from him since,” Hurley said Tuesday during a pre-tournament media availability at the Quicken Loans National. “No one really knows why. It’s complete speculation as to why he left.”

Willard Hurley, 61, lives in Leesburg, Virginia, where the younger Hurley grew up. The family home is about 25 miles north of Robert Trent Jones Golf Club, the site of this weeks’ tournament.

“Right now, we have no reason to believe that there’s any suspicious circumstances surrounding his disappearance,” Dube said. “Everything points to that he left his residence on his own volition.”

Dube said the elder Hurley used a credit card to buy gas near Winchester, Virginia, on the day he left.

“Since then, we kind of ran into a brick wall,” he said.

Hurley said his father worked as a police officer in the area for a quarter-century and has been married to his mother for more than 30 years. He has no history of mental health problems, Hurley said.

Hurley said he decided to go public with his family crisis in hopes that someone who knows his father’s whereabouts will come forward. He decided to play this week because his father might watch on TV or check his score and decide to come home.

“Maybe, you know, a bartender who served him dinner sees this story on `Golf Central’ or whatever, and we can get a hit on his location or something,” Hurley said.

Hurley, a 33-year-old Naval Academy graduate, earned his PGA Tour card after serving as a Naval officer for five years.

He said he only found out on Monday that his father had disappeared.

“I’m just hopeful,” Hurley said. “This was a hard decision for my family to make to even make this public.”