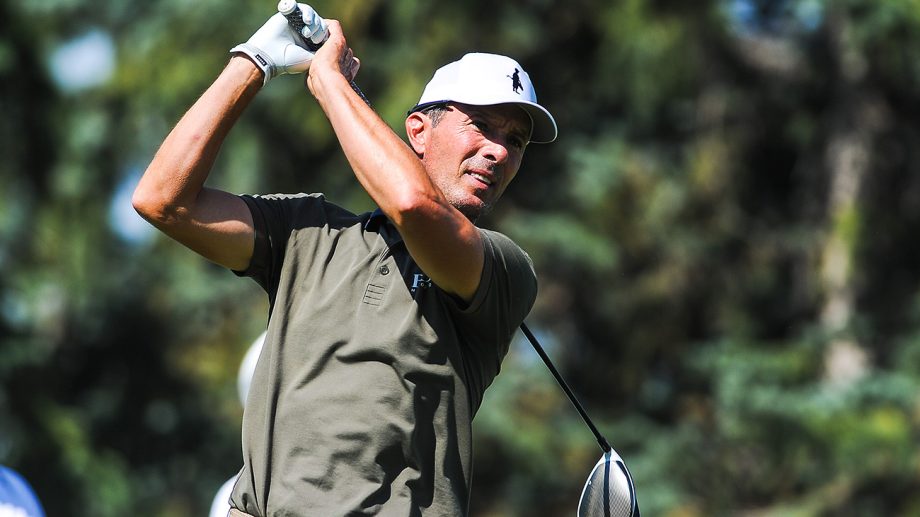 CALGARY, AB - AUGUST 13: Mike Weir of Canada tees off on the eighteenth hole during round one of the Shaw Charity Classic at Canyon Meadows Golf & Country Club on August 13, 2021 in Calgary, Alberta, Canada. (Photo by Derek Leung/Getty Images)
Canadian Press

CALGARY – Billy Mayfair needed to sink a lengthy putt on his final hole of the Canyon Meadows Golf and Country Club on Friday to tie the course record of 61.

He just missed the putt a few centimetres to the right and had to settle for a tap-in par on his way to carding a round of 8-under 62.

Mayfair, 55, started his first round of the PGA Tour Champions event on the back 9. After going 2 under through his first six holes, Mayfair rolled in four straight birdies to move into contention.

“Just about everything went right today,” he said. “Been a long time since I’ve shot this low and I was real happy with it. I moved from Arizona to Oklahoma and was moving boxes and doing all that stuff for three weeks. Maybe it did me some good because I got here and I was refreshed and definitely had a good day today.”

Meanwhile, Canadian fan favourite Mike Weir of Brights Grove, Ont.,made his debut at the Shaw Charity Classic in fine fashion as he carded a tidy round of 7-under 63 on the par 70, 7,086-yard layout to put him alone in second spot.

“You really have to get off to some good starts and today was one of those days that was exceptional,” said 51-year-old Weir, who’s a rookie on the senior circuit for golfers aged 50 and older. “I would have taken 3 or 4 under, so 7’s definitely a bonus.”

The 2003 Masters champion and winner of seven other PGA Tour events was 4 under after his front nine.

“I caught fire in the middle of the round with a birdie and an eagle on 10 and 11, then just kind of stalled a little bit,” said Weir, who finished his round with seven straight pars. “I had a couple good looks at it and didn’t make them. All in all, it was a really good day.”

Although the gallery at this year’s tournament is limited to just 2,000 people a day, Weir said he appreciated the support he received on the opening day of the 54-hole event that wraps up on Sunday.

Canadian Golf Hall of Fame member and former Calgary resident Stephen Ames is in a tie for third spot at 6 under along with Doug Barron and Steve Flesch.

“It’s a good start,” said Ames, who was among a patron group who brought the tournament to Calgary in 2013. “Like Mike has mentioned, the mindset has to change when it’s three rounds of golf. You’ve got to get out of the box really quick and get going, so this obviously is going to help.”

Ken Duke and Brandt Jobe both shot rounds of 65 and are tied for sixth place overall.

David Morland IV, who’s originally from Aurora, Ont., and Dennis Hendershott, of Brantford, Ont., both carded rounds of 2-under 68 and are in a logjam of 11 players – including Germany’s Bernhard Langer – who are tied for 21st spot.

“Hopefully that’s the worst round of the week and we can get a little closer to the leaderboard,” said Morland, who shot 64 in his opening round of the 2019 event before falling out of contention with back-to-back rounds of 72. “We miss having super big crowds, but right now we’re just glad to be playing in any circumstance.

“But the guys did a great job here to be able to have the event, so we’re happy with what we’ve got and we look forward to next year having everybody back.”