Bjorn shares early lead at Made in Denmark 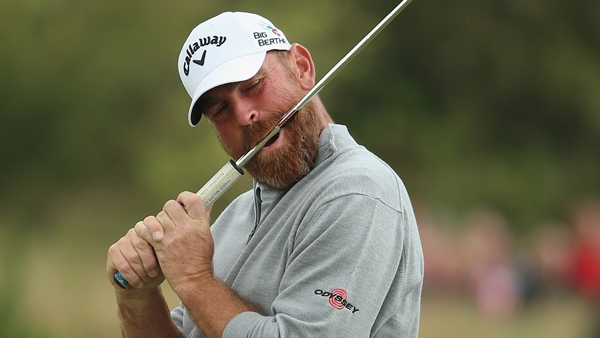 AALBORG, Denmark – Thomas Bjorn shot a 5-under 66 for a three-way share of the lead after the first round of the Made in Denmark on Thursday, boosting his chances of securing a place in Europe’s Ryder Cup team.

Playing in his home tournament, Bjorn made five birdies and did not drop a shot in gusty conditions. He was tied for first with Felipe Aguilar of Chile and Bradley Dredge of Wales.

They led by three shots from Thorbjorn Olesen of Denmark, who hit a bogey-free 69. Nine players carded 70.

Bjorn hasn’t played in the Ryder Cup since 2002, but a victory on the Himmerland Resort course will guarantee him a spot in the European team for the match against United States at Gleneagles next month.

Bjorn has occupied a position in the automatic qualifying places since December.

“I am happy with the day and happy with the start. It was pretty solid all way round,” said Bjorn, who earned his first professional victory at Himmerland in 1995.

Aguilar, a two-time European Tour winner, briefly led with a birdie on the par-four 8th hole, his 17th, but Bjorn, playing a hole behind, immediately responded in kind. They both parred the last. Dredge, who also has won two European Tour events, recovered from bogeying the second, his 11th hole, to birdie five of his last seven holes.

Paul Lawrie of Scotland and Soren Larsen of Denmark pulled out of the tournament because of injuries.

This is the inaugural tournament, and the first time since 2003 that a European Tour event is held in Denmark.