Bland, Henley share lead in a US Open that is really open; Hughes T7, Hadwin T13 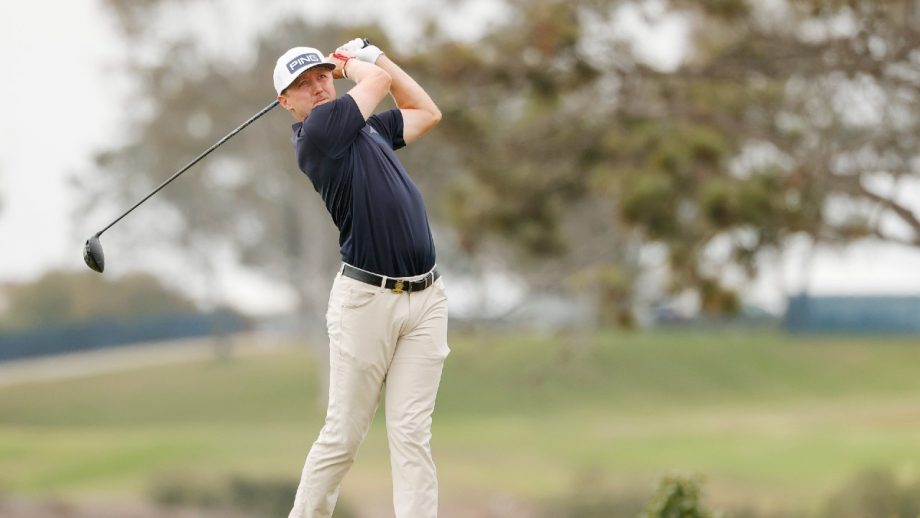 SAN DIEGO, CALIFORNIA - JUNE 18: Mackenzie Hughes of Canada plays his shot from the fifth tee during the second round of the 2021 U.S. Open at Torrey Pines Golf Course (South Course) on June 18, 2021 in San Diego, California. (Photo by Ezra Shaw/Getty Images)
Canadian Press

SAN DIEGO – The U.S. Open prides itself on being the most open of all majors with some 9,000 players from all walks of golf having a chance to compete.

The weekend at Torrey Pines features major champions and major contenders, players who are unknown or unheralded, all of them still within reach of that U.S. Open trophy. Nine shots separated first from last.

It starts with Richard Bland, a 48-year-old from England who finally won on the European Tour last month in his 478th try. Bland had a 4-under 67 and walked off Torrey Pines with his name atop the leaderboard in only his fourth major. His first one was 23 years ago.

Russell Henley had a chance to build a two-shot lead Friday afternoon when he stood over an 18-foot birdie putt on the par-5 ninth. He missed, and then watched his 2-foot par putt spin out of the cup. That gave him a 70 to join Bland 5-under 137.

They will be in the final group Saturday, with plenty of heavy hitters behind them and getting far more attention. Former British Open champion Louis Oosthuizen (71) and Matthew Wolff (68), the U.S. Open runner-up last year at Winged Foot, were one shot behind.

Another shot back were two-time Masters champion Bubba Watson (67) and Jon Rahm (70), a past winner at Torrey Pines and former world No. 1.

Mackenzie Hughes of Dundas, Ont., vaulted up 53 spots into a tie for seventh at 2 under, three shots back of the leaders, with a second round of 4 under 67. Adam Hadwin of Abbotsford, B.C., shot 1 over to sit at even par and is now sitting T13.

Defending champion Bryson DeChambeau and his buddy, Brooks Koepka, were at also even par, only five shots behind. They were on the same score. They will not be in the same group.

Henley doesn’t know much about Bland except that he pays a little attention to golf worldwide and recalled hearing about his British Masters win to end his long quest for a victory.

“I’m sure he knows nothing about me, too,” said Henley, a three-time winner on the PGA Tour who has played 26 majors without a top 10.

Bland’s victory in the British Masters made him the oldest first-time winner in European Tour history. That also was the start of a three-tournament series for the leading 10 players to get into the U.S. Open. Travel restrictions from the COVID-19 pandemic eliminated the 36-hole qualifier in England.

Oosthuizen, coming off a runner-up finish in the PGA Championship, finished with two pars in the morning to cap off a 67 to share the first-round lead with Henley. He didn’t get any lower in the second round and shot 71, but was right in the mix.

So was Wolff, a surprise only because he lost all joy playing golf after such a hot start out of Oklahoma State that he walked away from the game for two months, even missing a major at the PGA Championship. He returned to the toughest test in golf and shot 70-68, two-putting for eagle on the last hole.

“It’s awesome that I came out here and played well, but I think more importantly, I’m just getting closer to being more comfortable and being happy and enjoying it,” Wolff said. “I feel like I’ve done a very good job of enjoying it, but I’ve still got a long way to go to keep a level head. Like I said, I’ll probably be working on the same thing that I’m working on now for the rest of my career.”

Dustin Johnson and Rory McIlroy were headed the wrong direction. Johnson, who missed the cut in the Masters and PGA Championship, dropped to 4 over until a late rally gave him a 73 and a spot in the weekend. He was seven behind. McIlroy had to birdie two holes down the stretch for a 73. He was six behind.

The 36-hole lead at Torrey Pines in the 2008 U.S. Open was 3-under 139. The course is strong as ever with enough wind, though a marine layer has kept sunshine from baking out some of the greens. Then again, the weekend awaits.

The weekend will include Phil Mickelson, whose deft scrambling kept him inside the cut line and he finished with a birdie for a 69. He was seven shots behind in his quest to complete the career Grand Slam.

Bland will be a big part of the weekend, and that’s the charm of the U.S. Open.

“I love that about the game,” defending champion Bryson DeChambeau said after a 69 left him five shots behind. “Anybody, any age group, can play this great game and compete and contend. If you’re got the skill set to get the ball in the hole in the least amount of shots, you can be up there with the young guns.”

Bland is the classic journeyman, happy to be making a living at golf for more than two decades, disappointed to have not won until he broke through last month, not nearly surprised as most everyone else that he was tied for the U.S. Open.