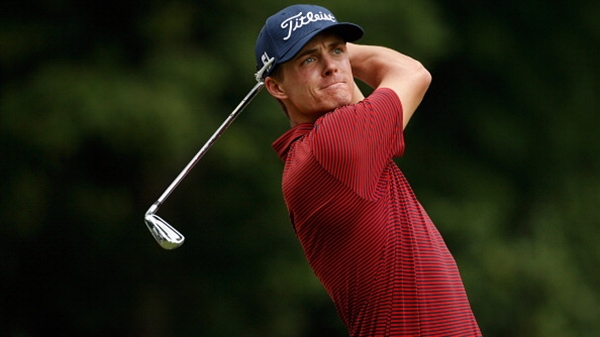 VALDOSTA, Ga. – Blayne Barber won the South Georgia Classic on Sunday for his first Web.com Tour title, closing with a 5-under 67 for a two-stroke victory.

“It feels so great,” Barber said. “I didn’t look at a scoreboard all day and I’m realizing now that it happened. Today was just a blur. I played some good golf and the next thing I know I’m sitting here as a champion. I really didn’t see it coming this week. It really came from out of nowhere.”

“I feel like I’m not very good at overcoming adversity,” Barber said. “I think the reason I came out on top today was that I just took my hands off the steering wheel a little bit and just played golf and didn’t look at any boards.”

Alex Prugh was second after a 67.

Third-round leader Carlos Ortiz, trying to earn an immediate promotion to the PGA Tour as a three-time winner this season, had a 72 to finish third at 12 under. The Mexican player earned $44,200 to push his tour-leading total to $363,058.