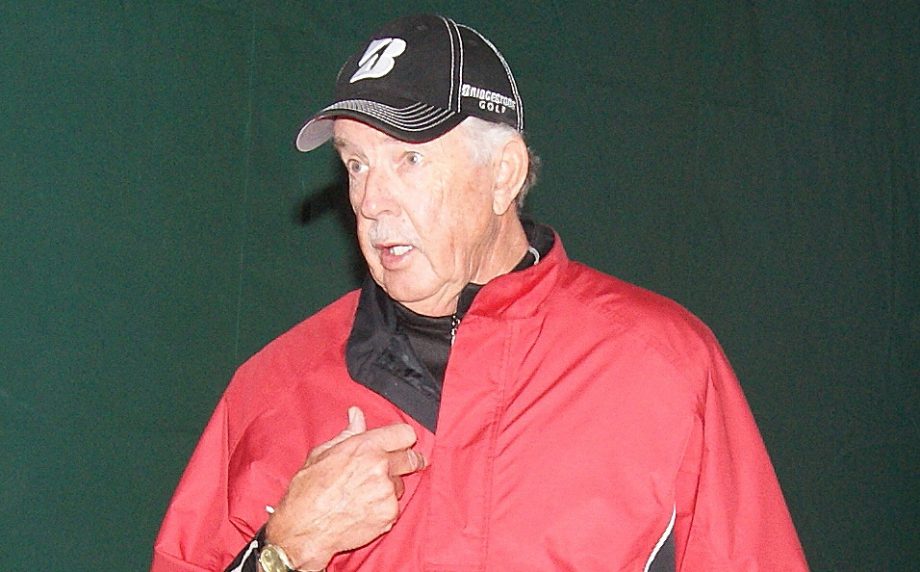 Martin, 76, of London is the sixth annual Heart Award winner. The local golf legend will be honoured June 14 at a ceremony at Greenhills Golf Club.

The Heart Award recognizes members of the London and area golf industry who unselfishly give back to the game of golf. Each June (Stroke Awareness Month), the Heart Award recipient, as selected by the editors of LondonOntarioGolf.com, is honoured within the categories of golf professionals/instructors, golf mentors, golf course owners/operators, golf course architects/designers and members of the media. Previous winners of the London Ontario Golf Heart Award include Mike Olizarevitch (2011), Fred Kern (2012), Patty Howard (2013), Mike Weir (2014) and East Park (2015).

“For 55 years, Martin’s name has been synonymous with golf in London,” said LondonOntarioGolf.com editor Jeffrey Reed. “He was an industry pioneer, opening Canada’s second off-course golf retail store in 1963 in a tiny William Street basement shop. He has provided thousands of junior golfers with free golf clubs over the years. And he has unselfishly helped raise funds for and awareness of numerous charities during his storied career. We are honoured to celebrate Martin’s achievements with the 2016 Heart Award.”

“When I see my name alongside such names as Mike Weir and Patty Howard, I feel very proud,” said Martin. “I have always had the support of my family and friends, along with loyal fellow workers, customers and clients. I have been truly blessed to be surrounded with such positivity, and it is my pleasure to help grow the game of golf.”

Today, as owner/operator of Bob’s Range on Wonderland Road South in London, Martin is as familiar to local golfers as was his popular radio jingle – “Bob Martin Means Golf!” – during his lengthy retail career. From 1957-60 he was an assistant golf professional at Sunningdale Golf and Country Club, then left to join the new East Park Golf Gardens as its managing golf pro, a title he held from 1963 through 1977.

During the winter months, Martin would sell golf equipment within the cozy confines of 609 William Street. Chuck Brown’s Golf Shop in Ottawa was the first off-course golf retailer in Canada. In 1978, Martin opened his off-course shop year-round. He operated Bob Martin’s Golf, and later Bob Martin’s Golf and Fashions, until he sold his business in 2002 – three years before his current range opened.

In between, Martin did business with the Nevada Bob’s franchises, was part-owner of Oakville SportDomes, and operated the Wally World golf range with the Spivak family from 1999-2003. From the late-1990s to 2013, he teamed up with senior long drive competitor Ron Lampman of St. Thomas as part of the Golf Unleashed clinic/demonstration and long-drive show. Today, in addition to supporting golfers of all ages – including junior golfers, through his summer golf camps and continued philanthropic efforts – he joins London golf instructor Derek Highly of Canadian Fade at golf clinics and demonstrations.

Today, Martin and his wife, Kathy, are proudly supported by their daughter, Jennifer, and her husband, Mike Stoner, parents of Bob’s grandson, Griffin, who no doubt will soon have a golf club in his hands courtesy of his grandfather.

“Martin’s unending dedication to growing the game of golf in London has, for more than half a century, been unparalleled,” added Reed. “No one else’s name is tied so closely to golf in London as is Martin’s. And his passion for the game burns as brightly today as it did 55 years ago. We’re thrilled to honour him with the 2016 London Ontario Golf Heart Award.”

February is Heart Month. The Heart & Stroke Foundation of Canada is the Official Charity of London Ontario Golf.

The Heart Award will be on display at the London Golf Show and Sale March 12-13 at the Progress Building, Western Fair District. Visit the London Ontario Golf booth.